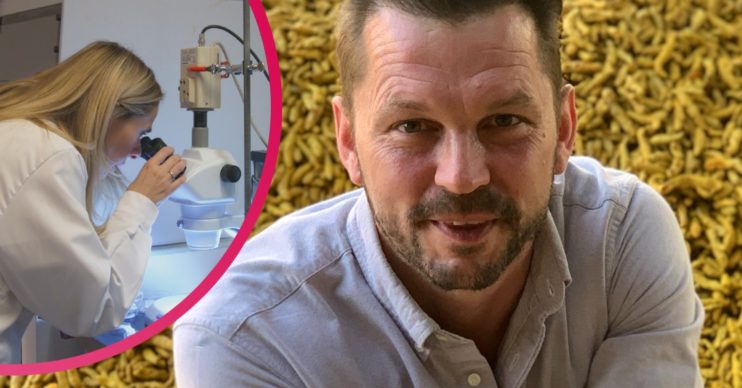 Food Unwrapped on Channel 4: What are microplastics and why are they harmful?

Food Unwrapped returns this week, and fans of some of the UK’s most popular soft drinks might want to look away due to the amount of microplastics found inside…

But what are microplastics?

How do they get in your drink and why are they harmful?

Read more: Food Unwrapped presenters: How old is Matt Tebbutt? Who else presents the Channel 4 show?

Food Unwrapped on C4 – episode one

Food Unwrapped returns to Channel 4 for a new series.

In episode one, Jimmy Doherty puts some of the UK’s most popular soft drinks under the spotlight.

In doing so, he uncovers the shocking truth about the levels of so-called microplastics some of them contain.

Jimmy is alarmed to discover that many of us are unwittingly eating and drinking the equivalent of a credit card a week in microplastics.

He travels to Italy to find out more.

She recently discovered that 90% of soft drinks on sale in Italian supermarkets had microplastics in them.

Dr Moritz said: “Microplastics are everywhere, so they may be in the tap water they are using in production.

“It makes the problem so wide spread it makes it impossible for manufacturers to avoid.”

The Food Unwrapped team decide to see if the same is true of our soft drinks and put six popular UK drinks to the test.

The results prove that microplastics can be found in all the UK soft drinks in plastic bottles.

Results range in size from 40 – 50 microns (less than the diameter of the average human hair).

Within the tests, Fanta was the lowest with six pieces found, while Pepsi Max was the highest with 19 pieces of microplastics floating around in one litre.

These include a 3mm piece of plastic in a can of Coca Cola.

The documentary reveals that plastic is now so prevalent in the food chain that it’s estimated we eat the equivalent of a credit card every week.

Microplastics are small plastic pieces less than five millimetres long which can be harmful to our ocean and aquatic life.

The microplastics can be very harmful to the environment.

Experiments show that microplastics damage aquatic creatures, as well as turtles and birds.

Are microplastics harmful to the human body?

It is generally thought that microplastic particles are not harmful or at best minimal to human health.

Microplastics are increasingly found in drinking water, too.

But there is no evidence so far that this poses a risk to humans, according to an assessment by the World Health Organization.

What have the soft drink companies said?

The British soft drinks association said “their members operate some of the most stringent quality standards in the entire food and drink sector”.

Meanwhile, Coca Cola said they “are working with industry groups and regulators to further their understanding of microplastics”.

The added that they “run testing through the production process to ensure quality.

“They have strict filtration systems which should ensure no large particles can make their way into the finished product.”

Does this put you off drinking shop-purchased soft drinks? Leave us a comment on our Facebook page @EntertainmentDailyFix.