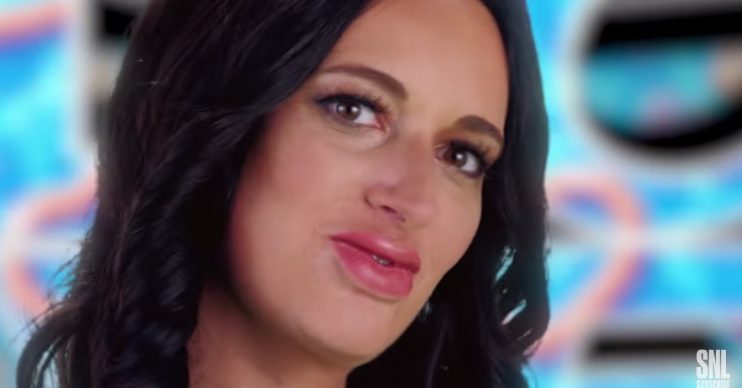 And the award-winning actress and writer, 34, took a hilarious potshot at a TV phenomenon from the other side of the pond… Love Island.

You will watch 50 hours of this. You think you won’t, but you will. #SNL pic.twitter.com/EYr83urN0q

Read more: Olivia Colman transforms into The Queen for The Crown

Phoebe – the woman behind hits like Fleabag and Killing Eve – starred in comedy sketches throughout as well as hosting the show.

One sketch was a savage parody of Love Island.

“I’m Bella-Rosa from Essex. My dad is a boxer and my mum is a pub,” she went onto say.

“Just got my lips done. I asked the doctor for an allergic reaction!”

During the three-minute sketch, Bella-Rosa introduced herself to the boys in the villa and told them what she was looking for: “He’s got tattoos, he’s got really great banter, he’s proper fit. But at the same time, I’d go with anyone.”

The rest of the cast featured American actors trying their best to do Britsh regional accents like Scottish and Liverpudlian as well as an Irish accent.

The Liverpudlian, 26, walked away with the award after beating out a host of superstars for her performance as the sassy Russian assassin, Villanelle, in the BBC spy series.

The actress paid tribute to writer Phoebe, who had a very successful evening with her other show Fleabag, which won in four categories.

Jodie said: “I knew [‘Killing Eve’] was special because of Phoebe. Phoebe is so, so incredible. But it is crazy. I never dreamed that I would be in this position at all.