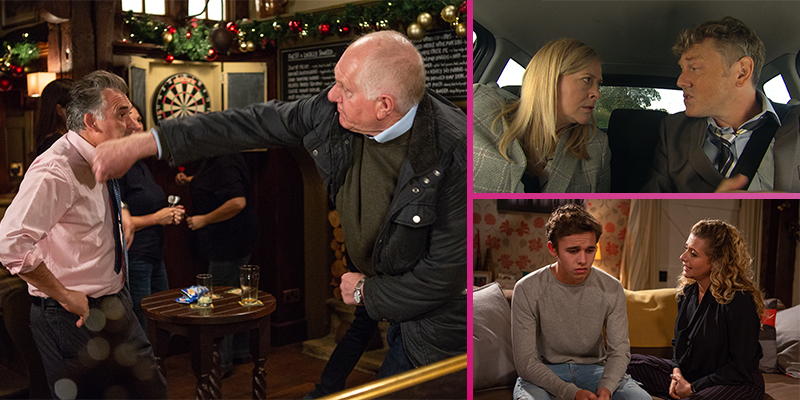 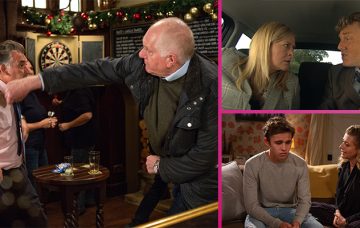 A dangerous joy ride leaves lives on the line

Maya crosses a line when she kisses Jacob, but will she fess up to David? Bob’s in Doug’s bad books, and Daz gets himself in a lot of trouble. 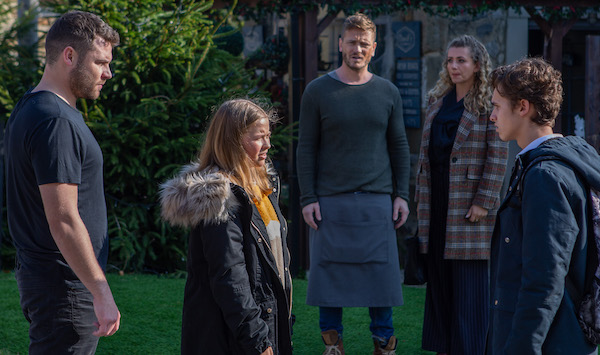 Liv is mortified when David and Aaron quiz her about her relationship with Jacob. She insists they’re just friends. David asks Jacob why he’s been lying and he storms off, so Maya suggests she talks to him. 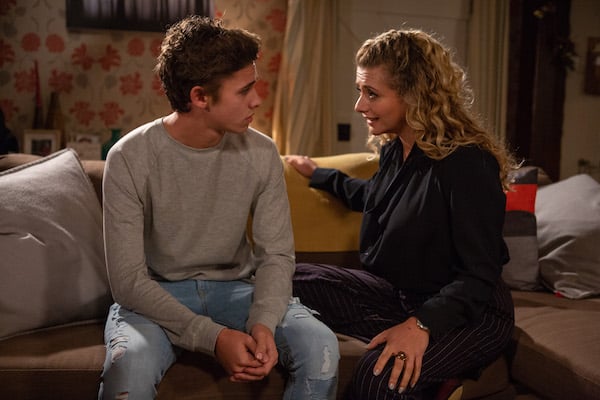 Maya asks Jacob if he lied about seeing Liv just to make her jealous, and Jacob admits that’s what he’s been up to. Maya tells him she’s flattered and she ends up kissing him – before she pulls away. The next day, she’s desperate to keep anyone finding out – but is it too late? 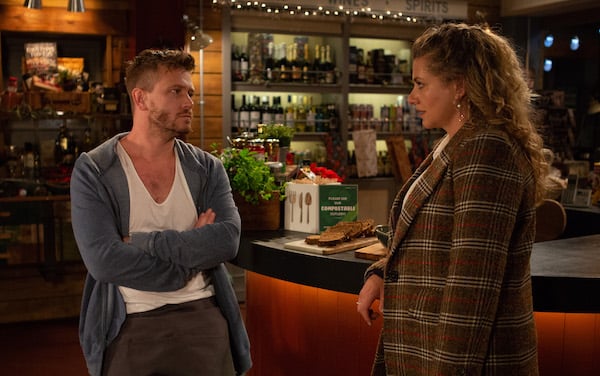 Wracked with guilt about kissing Jacob and worried she could lose her job, Maya decides she has to act. She tells David she’s going to move out. But it’s Jacob’s time to feel bad when he sees how upset his dad is.

He tells Maya how he feels and she agrees they should tell David the truth. When the kids are poorly, Brenda is pleased as Bob steps in to look after them so she can work.

Though Bob’s clearly enjoying being back with his family, Brenda is adamant they’re not getting back together. But later, the ex-spouses share a bottle of wine and get cosy. How will Brenda react when Bob goes in for a kiss? 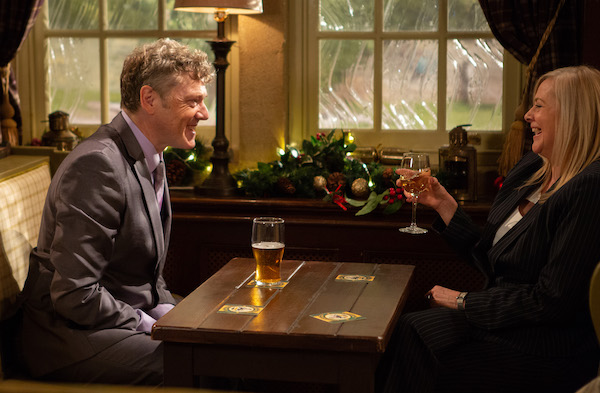 Daz is chuffed with his new job – and the company car that comes with it. When he meets up with his new boss, Trisha, things get boozy and she suggests going back to hers to sign some paperwork. Is there more to Trish’s offer than admin? 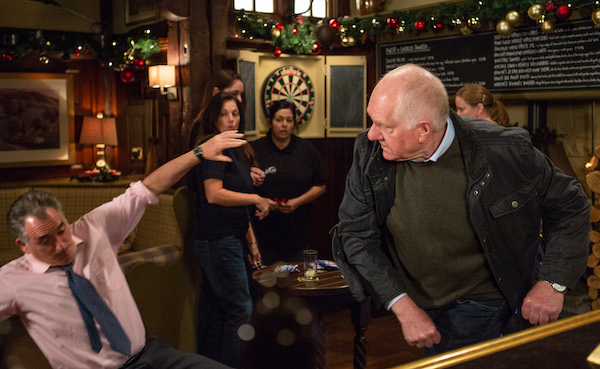 At the pub, Doug is annoyed when he spots Bob being his usual self and getting flirty with some customers.

He confronts his old mate about his behaviour and when Bob tries to talk his way out of it again, Doug snaps. He lashes out and punches Mr Hope! 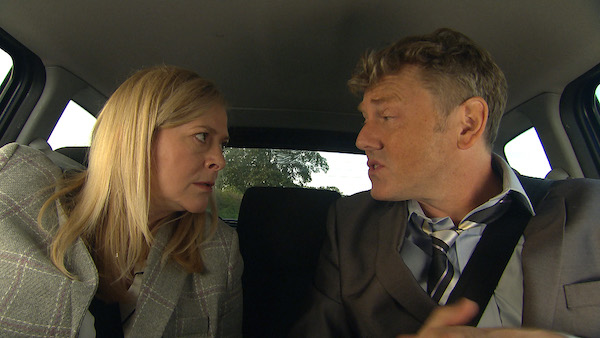 In the taxi with new boss Trish, drunken Daz misreads the signals and announces he won’t be Trish’s plaything.

She’s offended, telling him she’s married. Furious, she turfs Daz out of the cab in the middle of nowhere – with no wallet and no phone. 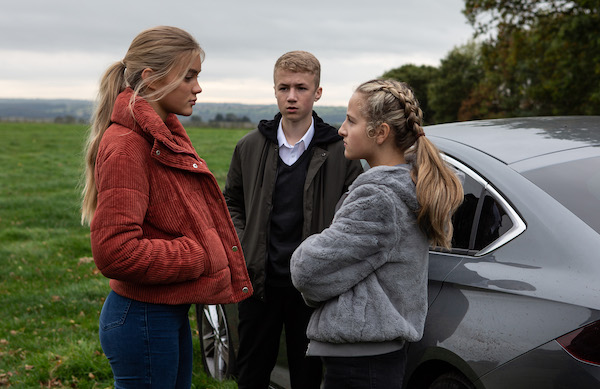 Pranksters Leanna and Noah rope Amelia into their tricks when they nick Daz’s fancy new car and take it for a spin.

As Noah films, Leanna drives – but Amelia’s not having it. She pulls at Leanna’s hair and the car spins out of control. The shocked teens leg it, leaving the car – and Noah’s phone – behind. 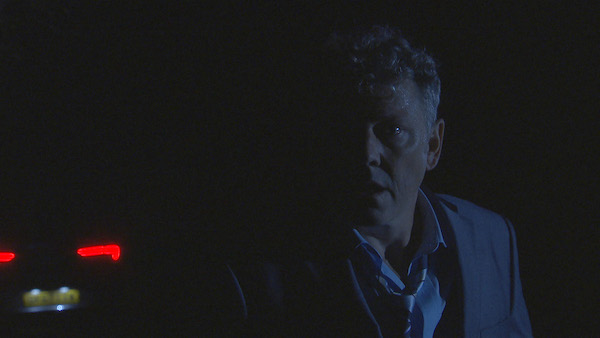 Drunken Daz is surprised to find his car abandoned in a field. He climbs inside for a nap and when he wakes up he decides to risk driving home.

But when Noah’s phone rings, he gets distracted and hits something in the road. He’s terrified when he looks in his rear-view mirror and realises someone’s been run over. 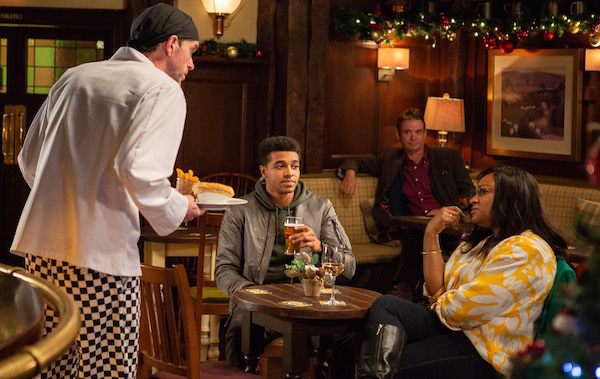 Ellis and Jessie are at each other’s throats again as she criticises his job at the scrapyard and Ellis is annoyed by his mum’s harsh words. Marlon, worried about Jessie’s happiness, begs her to make things up with her son. But will Jessie listen to Marlon’s advice?