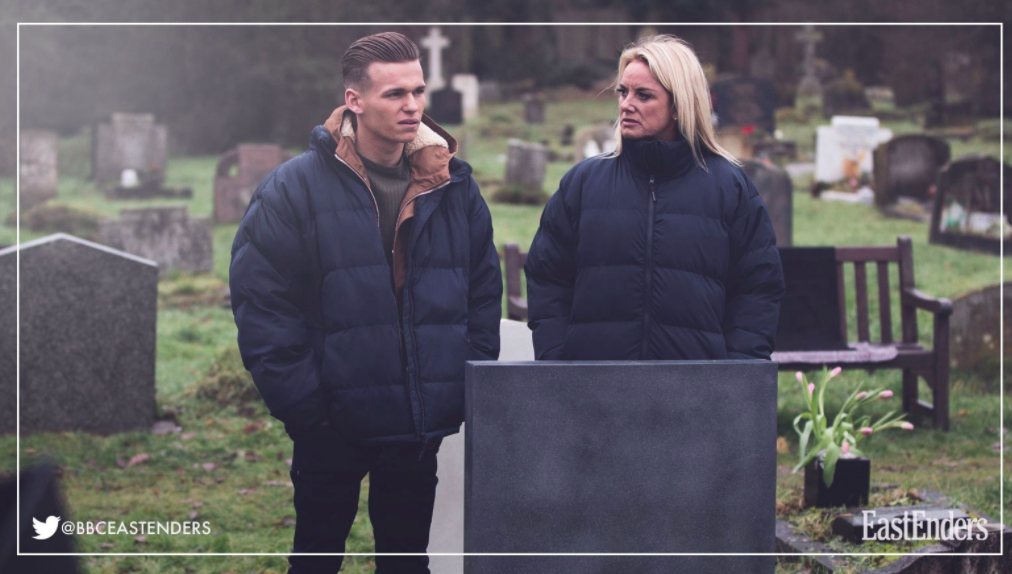 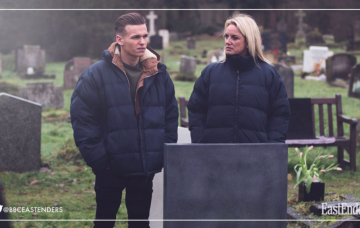 First glimpse of Mel Owen’s son Hunter as they visit Steve’s grave – but is he still alive?

Is there a huge twist coming?

Since it was announced that Mel Owen was returning to EastEnders, speculation has been fierce that her husband Steve wouldn’t be far behind.

Yes, that’s right, Steve Owen, who was last seen trapped in a burning car. Could he really have got out of that inferno alive?

Well, it seems not, because EastEnders have released some behind-the-scenes shots of Mel visiting Steve’s grave, accompanied by his look-a-like son, Hunter. 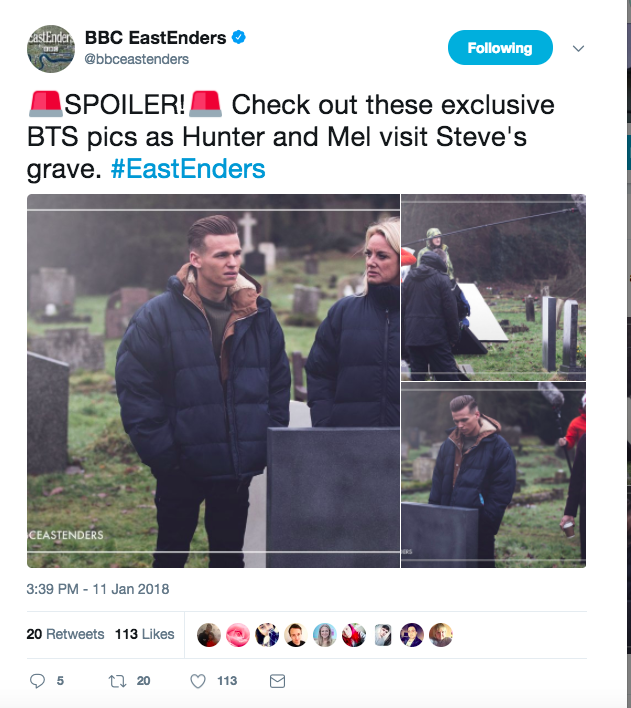 The shots were released by EastEnders on its twitter account. “Check out these exclusive BTS pics as Hunter and Mel visit Steve’s grave,” the caption reads.

Read more: Cheryl’s got a huge ultimatum for Simon – and he won’t like it!

In the photos, Mel and Hunter stand by a grave, looking thoughtful.

Mel looks concerned about her son, and can be seen approaching him, with a worried look on her face. And they’re deep in conversation in another of the shots.

What we’re not shown, though, is the name on the gravestone. Is it really Steve’s final resting place? Or could he be alive and well and about to follow his wife back to Walford?

Steve was enormously popular with EastEnders fans, back in the day, and it seems no one has forgotten how brilliant he was.

“Mel and Steve had brilliant chemistry,” one fan wrote on Twitter. 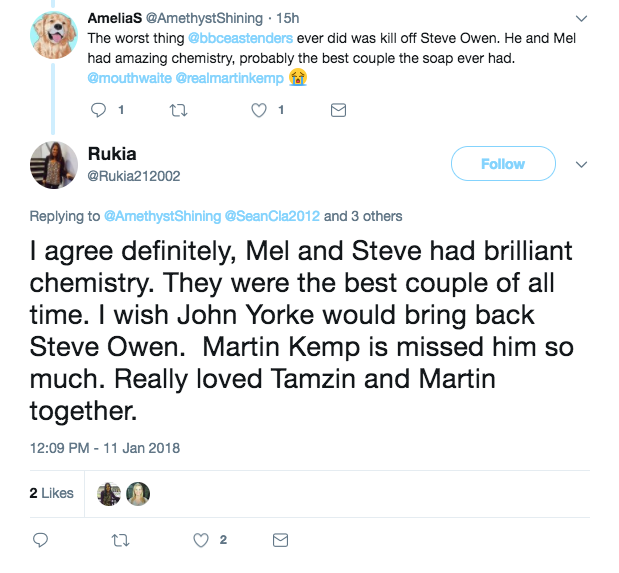 And another viewer pointed out that characters have been brought back from the dead before – Den Watts and Kathy Beale were both thought to have died but returned to the show.

Even Tamzin Outhwaite, who plays Mel, had said she’d like to see Steve return.

“I’d love my ex-husband to return but he’s dead,” she told The Sun. “I do think he could have got out in that three seconds and rolled underneath the car.”

So could Mel and Hunter’s graveyard visit be a red herring? We really hope so!