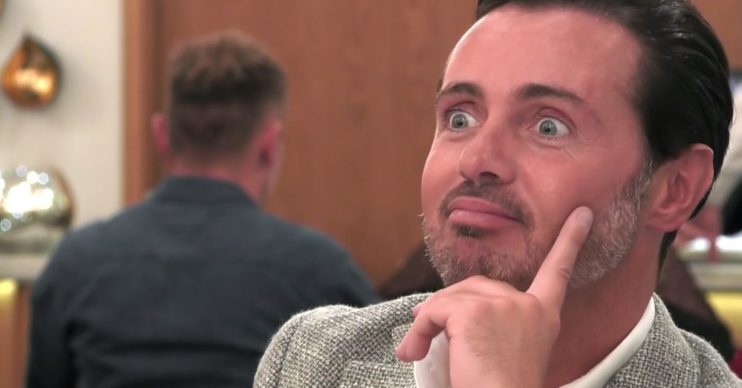 It didn't work out happily ever after

You can always rely on First Dates to supply some laughs as well as touching moments.

And in last night’s episode (3.12.19) there was a date that had viewers in stitches.

London-based Corine and Essex-based project manager James were paired together and, initially, they seemed like a good match.

Corine liked to be treated like a princess, while James admitted he loved showering his prospective partners with meals and gifts.

But as the date began to unfold, it became painfully obvious that these two were anything but a good match, with one viewer branding it a ‘car crash waiting to happen’.

As the meal came out, Corine warned that she “says stupid things all the time”.

When James asked her about the tattoo on her wrist, Corine replied: “I got this when I was 18. It’s the key to my heart. I thought my partner could get a similar one, with a lock.

And, pushing the fact that she was desperate to settle down and have kids, she told James: “I found myself in the Disney store looking at all the children’s clothes.”

With James not quite sure what was going to come out of Corine’s mouth next, the ex-cabin crew member explained that she likes museums and art.

So much so, she showed him the portrait she painted of her sister for her birthday.

They immediately burst into laughter, and it was obvious that these two were not meant for each other.

It wasn’t long before viewers took to Twitter to voice their opinions on what they had just witnessed.

The narrator on #firstdates is working extra hard to make Corine not look like an empty plant pot. I hope they've paid him time and a half. It's hard work trying to make someone look interesting.

Read more: I’m A Celebrity: James Haskell cries as he is eliminated

One viewer said: “Corine and James: it’s like watching a car crash happen in slow motion.”