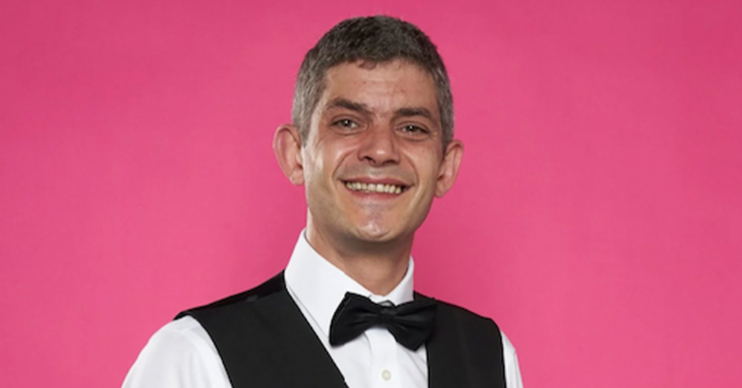 He's heading into hospital for an op

First Dates favourite Merlin Griffiths has issued a health update as he continues his battle with cancer.

Merlin revealed that he had been diagnosed with the disease back in September.

He has continued to keep concerned fans up to date with how he’s doing.

Last night (March 24), he revealed he was heading back into hospital, as fans rallied round.

What type of cancer does First Dates star Merlin Griffiths have?

Merlin revealed that doctors discovered he had bowel cancer after he complained of bloating and nausea.

Following x-rays, CT scans and a sigmoidoscopy, a 4.5cm, stage-three tumour was found in his lower intestine.

However, it had not spread and Merlin began a course of chemotherapy treatment.

Doctors have told the star that he has a 75% chance of living more than five years.

How is Merlin now?

The lovely Merlin is a bit of a trooper, continuing to work on the Channel 4 show alongside pal Fred Sirieix.

Last night, he shared an update with fans on Twitter, revealing he was heading into hospital for an operation.

Merlin revealed: “Operation scheduled. 3 weeks to get my [bleep] together. Robotic surgery, welcome to the future!”

As fans rallied round with messages of love and support, Merlin showed his appreciation.

“Thank you to everyone wishing me well. May your lives be prosperous and filled with empathy and happiness,” he said.

Operation scheduled. 3 weeks to get my sh*t together.
Robotic surgery, welcome to the future! 🤖#NHS

What did fans say to Merlin?

One said: “Good luck Merlin, you the second most positive person I’ve seen and read tweets from. The first being my 11 year old who battled cancer for the last two years.”

They added: “Carry on being positive, keep smiling because the NHS is brilliant.”

A second said: “Three weeks to being a big step nearer to getting the C gone. Sending love and strength to you.”

A third added: “Take it one day at a time. You’ve got this. You’re my favourite on First Dates (don’t tell Fred!)”

“Good luck,” said another. “I had right hemicolectomy done via robotics! Recovery is so much quicker! Hope it all goes to plan!”

Send your well wishes to Merlin on our Facebook page @EntertainmentDailyFix.