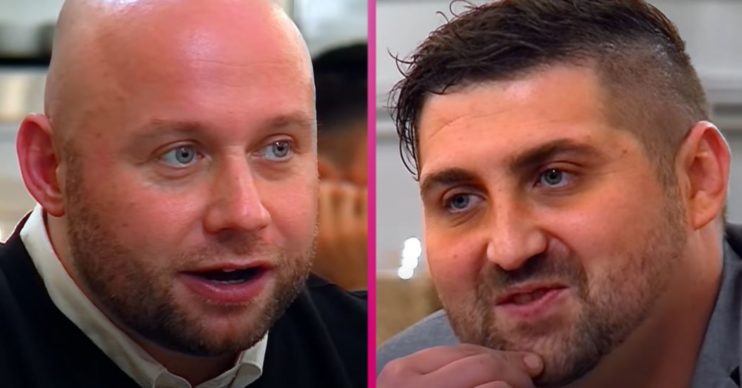 First Dates is set to revisit the awkward moment hopeful Greig walked out on John and left him eating alone.

The pair, who were on the show in 2017, called time on their date before they had even had their mains.

What happened between John and Greig on First Dates?

Greig walked out after John told him he didn’t find him attractive.

The next episode in the look-back series will show how John, a 28-year-old rugby fan from Kilmarnock, said: “People automatically assume that because of the size of you, you’re this big hard tough guy, but I’ve got a big heart.”

The pub landlord continued: “I cry easy sometimes when EastEnders is on the telly.”

Greig, 35, from Falkirk, was his date for the evening. Greig said: “When I date someone, they’re my priority, number one and number two.”

Not long into their date, though, John looked guilty as he said: “It sounds really bad but I don’t find you attractive. You’re a really genuine guy and we seem to get along, but I don’t have that connection with you.

Read more: First Dates: Emma applauded for ditching Peter after he dumped her by text

John hesitated and said: “It’s up to you…”

It sounds really bad but I don’t find you attractive… I don’t have that connection with you.

After paying his half, he got up and walked off. John, meanwhile, stayed behind for his meal and ate alone at the table while the staff looked on, bemused.

Speaking by himself afterwards, Greig said: “It’s bizarre, we’re on a blind date, we’re joined together to have a laugh and a giggle and… don’t be a [bleep], see it through!”

In the latest instalment, things got awkward between contestants Steve and Elaine when the time came to pay the bill.

Read more: First Dates: Steve and Elaine spark debate over who should pay

They pair appeared to get on swimmingly, at one point even getting up from their table to have a cheeky dance.

However, when the waiter came to collect the payment, Steve asked Elaine if she wouldn’t mind ‘going Dutch’ on the bill and she took offence. On social media, it sparked a debate over whether or not women should have to pay for their half on a first date.

Are you a fan of the show? Leave us a comment on our Facebook page @EntertainmentDailyFix and let us know what you think. 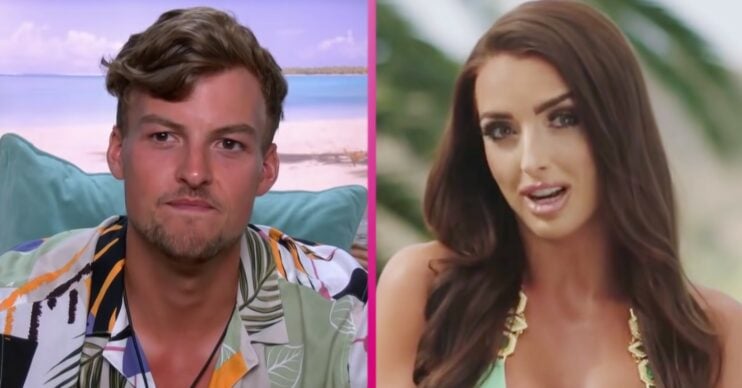