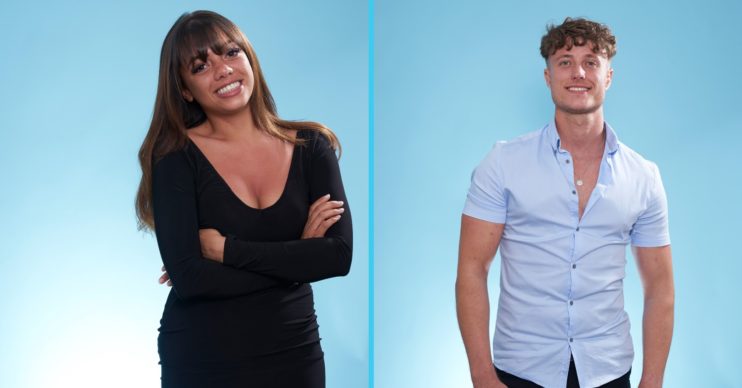 First Dates Hotel on Channel 4: Where is it filmed? Is it real?

The sixth series kicks off with 24-year-old Thalia and Essex lad Jack, 25

Where is First Dates Hotel?

First Dates Hotel is filmed at the Aquapetra Resort and Spa in Telese, about an hour’s drive from Naples in Italy.

The Channel 4 dating show was originally filmed at Le Vieux Castillon in France, but the team switched to the new location after the first season.

Since the second series, it’s been filmed at the 18th century hamlet Aquapetra, set within 60 acres of scented gardens and olive groves.

Describing itself as a “little piece of Eden”, it promises to be a sanctuary to unwind and be pampered – and, hopefully, fall in love!

The restaurant is Michelin-starred, and the resort has 41 rooms and suites.

If you’re not already green around the gills with envy, the hotel has indoor and outdoor pools, a steam room, sauna and therapy rooms.

Is it real? How much does it cost?

The hotel is very much real, and potential visitors can book anytime – once the hotel opens again after the pandemic.

First Dates Hotel was filmed BEFORE the Covid-19 virus changed all our lives.

You won’t be surprised to hear the hotel is expensive.

To book to go in prime season, it’ll set you back around £190 for one night including breakfast.

Prices for one night in a Classic Room start at £164.65, regardless of which month during the year you choose.

How can I apply for First Dates Hotel?

You can apply to go on First Dates or the spin-off series via twentytwenty.tv.

Applicants will need to fill out a detailed two-page form.

You’ll need to tell them your name, age, and occupation.

Hopeful applicants will also need to be able to describe their “ideal partner” in 250 words or less.

You’ll be asked some more personal questions about yourself, body type, height and ethnicity, as well as your sexual orientation in order to find someone perfectly matched to you.

Forms require a photograph of yourself, and applicants can submit a video if they want to show off more of their personality.

Applicants must be 18 or over and, of course, single.

Do people get paid to take part?

Applicants do NOT get paid to take part in First Dates Hotel.

But all expenses are paid.

In episode one, viewers are introduced to 24-year-old Thalia, who has a string of unhappy relationships behind her.

She now has a phobia of kissing, but hopes the right man will change that.

Her date with 25-year-old Essex lad Jack gets off to a great start after they discover their shared love of sharks.

Meanwhile, 79-year-old Tony is looking for companionship after being widowed seven years ago.

He’s paired with the glamorous Lesley, a fellow East Ender.

We also meet Wiltshire-born horse lover Winston, who is “The Only Gay in the Village”.

He’s in for a shock, though, when the “other gay in the village” walks into the bar!

French maître d’hôtel Fred Sirieix will be willing them all on from the sidelines as usual.