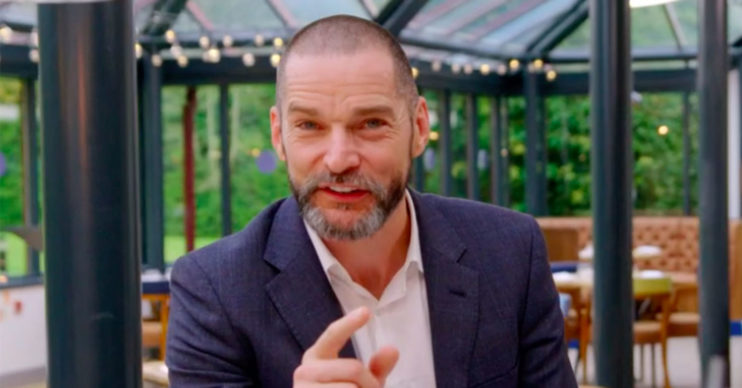 First Dates’ star Fred Sirieix new show The Restaurant That Burns Off Calories has come in for fierce criticism.

The BBC programme received over 1,200 complaints, with many arguing it promotes an unhealthy relationship with food.

On the show Fred served unsuspecting diners a slap up multi-course meal, only to reveal how much work they’d need to do at the gym to burn it off.

Dr Zoe Williams presided over a group of super-fit people in an adjacent gym that did all the exercising.

“An unhealthy approach to food”

Fred said that the show took inspiration from a scientific experiment. It showed that participants ate 20% less food when confronted with the amount of exercise required to burn it all off.

Since it aired two weeks ago, the controversial show has received 1,216 complaints made directly to the BBC.

According to the BBC’s official complaints report, viewers complained that they “felt the programme presented an unhealthy approach to food and calorie intake”.

BEAT, the UK’s leading eating disorders charity, has also spoken out against the television special.

The charity’s director of services, Caroline Price, told The Independent: “We know that the myth that all calories eaten must be cancelled out through exercise has the potential to be devastating to those suffering from or vulnerable to eating disorders.

“The potential to be devastating”

“Being told how much activity it would take to burn off particular foods risks triggering the illness further.

“And we strongly advise against anyone at risk to avoid these sources of information.

“We would urge television commissioners to consider the impact that their programmes may have on vulnerable people.

“And instead focus on healthy and balanced eating.”

They also went on to admit that they had received an influx in users on their online support group the night it aired.

They tweeted: “Our services have sadly been in high demand tonight due to BBC2’s The Restaurant that Burns Off Calories.”

Fred replied: “You seem very quick to judge and jump on an inexistant band wagon. Remember you represent a charity when you tweet [sic].”

“Our services have sadly been in high demand”

A spokesperson for the BBC defended the show with the following statement: “The intention of the programme was to give viewers information about the latest research into the science of calories.

“In particular, it looked at recent studies by academics in both the US and the UK, which suggest that diners may make healthier choices when presented with information about how much activity is required to burn off the calorie content of dishes.

“The voiceover is clear throughout that there are government guidelines for the recommended number of calories needed for the average man or woman to remain healthy (2,500 for men and 2,000 for women).

“The programme never endorses or suggests restricting calories below these levels.”

What do you think about this reaction to the show? Share your thoughts with us on our Facebook page @EntertainmentDailyFix.