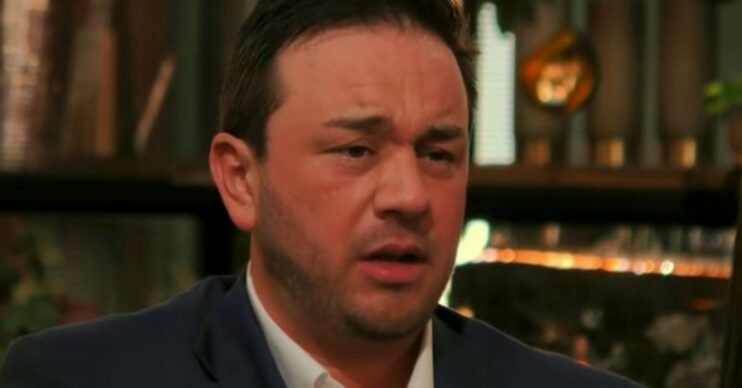 First Dates: Brad leaves viewers ‘cringing’ as he boasts about lifestyle on date

Channel 4 viewers were left feeling embarrassed for the property developer

First Dates dater Brad was slammed by viewers last night (September 6) over the treatment of his date.

Brad, 33, from Cambridge, told Channel 4 viewers he was looking for a woman he could settle down with.

However, things went wrong from the get-go when he met, Yasmin, 38.

Instead of a casual, flowing conversation, Brad seemed determined to boast about his life.

He wouldn’t stop banging on about all the cars that he owns and boasted about having “full-blooded wolves” at home.

“I am of the view you make money to spend money,” Brad said. “There is absolutely no point of having it sitting in a bank account doing nothing. If you got it you use it.”

Things went wrong almost straight away, with Brad asking his date if she had driven to the restaurant.

He then asked how many cars she has.

“I have two. It sounds like you have a collection,” she responded.

The discussion then changed to their pets, but sadly for Yasmin things just got even worse.

Yasmin told him she was the owner of an Alaskan Malamute, but before she could carry on he interrupted: “I have wolves.”

When Yasmin tried to explain that her dogs were also descended from wolves, Brad said: “No, I have full-blooded wolves.”

The final nail in the coffin, however, came when he asked Yasmin to guess his age.

“You are so very wrong,” he said defensively, saying she was “wrong by 10 years”.

She then replied asking if he was 52, to which he responded: “I’m 34 next month, Jesus Christ alive!”

With the pair now only just moving to their table, Yasmin had another hour of having to deal with Brad’s conversation.

He bluntly asked Yasmin why she didn’t have kids at the ripe old age of 38, but she refused to respond.

She steered the conversation back to him and asked what he was looking for in a woman.

He said: “Independent, career-driven, smart, funny, outgoing, preferably tall, preferably no tattoos, preferably good teeth, preferably that wants a family and, who’s not a million miles off Cambridge, ’cause that would kind of be super awkward.”

When Yasmin asked if she fit the profile, he said: “Let me have another look at you: you’ve got good teeth, you’re tall-ish, you’re career-orientated, I take it you don’t have any tattoos…”

“You’re getting there,” he laughed.

At the end of the date, Yasmin said: “He came across as very pretentious and not really genuine. He just kept summarising me as if I was a project, that’s why I was quite reserved and held back.”

Fans agreed with Yasmin, and many shared that they felt sorry for her on social media.

“Brad is making my toes curl and stomach turn at the same time,” ranted one viewer.

A second fan said: “Just when I think Brad can’t get any more annoying… he goes and [bleep] proves me wrong.”

“Pretty sure Brad would just date himself if he could,” said another.