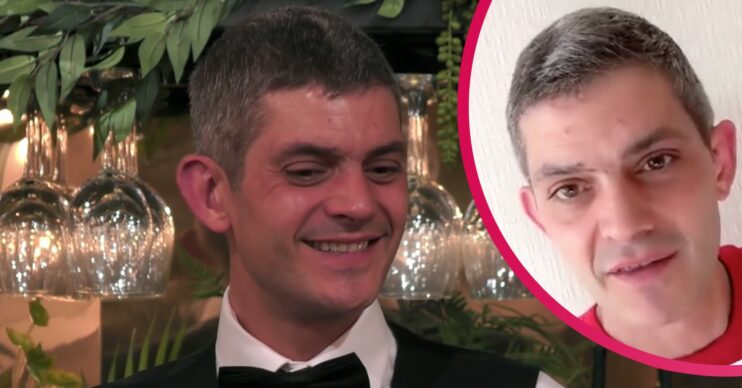 The pandemic threatens his treatment

Christmas is about family. And after so many years the First Dates crew – Fred, Cici, Merlin and all – have come to be like a family of sorts for a lot of viewers.

Amiable Merlin Griffiths is certainly someone most viewers would like to have a drink with… especially if he’s making the cocktails.

But how is the bartender doing following his cancer diagnosis earlier this year?

When was First Dates Merlin diagnosed with cancer?

Merlin, who is a landlord away from the Channel 4 show, revealed his bowel cancer diagnosis in September.

He first felt ill in June and went to hospital with symptoms including bloating and nausea.

However, he had no idea his discomfort could be cancer.

A 4.5cm Stage 3 tumour was found in his lower intestine following X-rays, a CT scan and an urgent sigmoidoscopy.

He noted it felt ‘like a walnut’ inside him.

However, while the tumour breached Merlin’s colon, it had not spread.

What is the update on Merlin’s health?

He recently told Twitter followers that he risks not receiving treatment should he catch COVID.

Quote-tweeting someone undergoing radiotherapy who noted they’d been abused for wearing a mask, Merlin offered them his full support.

He also expressed how the virus would affect his recovery.

Get COVID, no treatment for three weeks.

Merlin wrote: “My oncologist said, just don’t get it.

“You’ll probably survive it but it’ll knock a hell of a dent in your treatment plan which is pretty dangerous where advanced cancer is concerned.

“Get COVID, no treatment for three weeks.”

Followers urged Merlin to take whatever precaution he feels is necessary.

They also slammed anyone who would abuse cancer sufferers as “cowards”, as mentioned in the original tweet he shared.

“It’s time to be selfish and look after you,” one person wrote.

“No one knows what the person beside them is going through. And wearing a mask is an act of respect and kindness for others at the moment.”

Someone else added: “Do whatever you need to stay safe Merlin! Anti maskers are ridiculous tbh. Thinking of you and sending extra love and positive wishes.”

And a third person contributed: “How is it cowardly to wear a mask, when what you are doing is protecting those around you? Crazy times.”

What has Merlin said about the First Dates at Christmas special?

Earlier in December, Merlin gave his Twitter followers a heads up about the festive episode.

However, he joked the show was made better by him and show waiter Grant Urquhart not getting into the seasonal spirit.

Merlin chuckled: “Just a quick reminder, there’s a lovely First Dates Christmas episode on its way for this year.

“(Made better by me and @GrantUrquhart *not* singing!).”

Read more: First Dates restaurant: Where is it filmed and how much does it cost to go on a real date there?

Among several replies asking him about his health, one respondent seemed disappointed at the lack of carols being served from the bar.

They wrote: “Funny, somehow I always imagined that you’d have an excellent singing voice.”