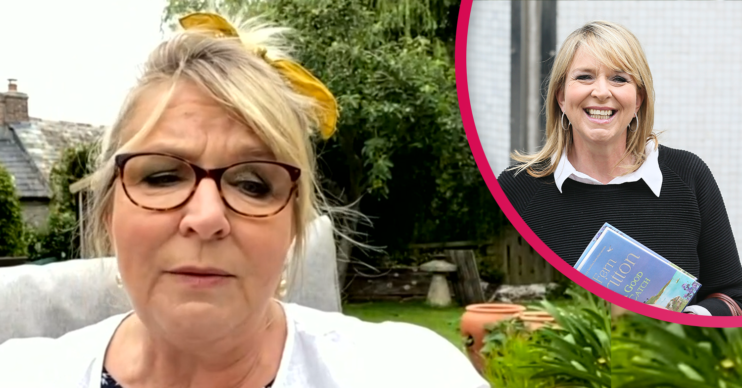 Daughters of Cornwall is already a number one best-seller

Fern Britton has revealed the family heartache that inspired her new book.

Speaking on Good Morning Britain today (June 26), the star revealed that 60 per cent of her best-selling title Daughters of Cornwall is based on truth.

The story goes back to 1980 when she received a letter from a stranger asking her to confirm who her mother and grandmother were.

When she told him their names, he dropped a huge bombshell on Fern.

“He wrote back saying ‘this may come as quite a surprise but I think I’m your uncle. I’m your mother’s brother and your grandmother is my mother’,” she told GMB presenter Lorraine Kelly.

The stunned star then asked him for some proof.

He replied by sending her photographs and letters her grandmother had sent to him.

“She had him when she was about 18 during the First World War after her own mother had died – I know that much,” Fern continued.

“[My grandmother] had this little boy when she wasn’t married and she had to give him up.

“I know for the rest of her life that she missed him because when she was very ill, she said to my mum ‘I’ve been a wicked woman and I’ve done wicked things’.

“My mother just thought, ‘you’re a wonderful mother what are you talking about?’ then we thought oh my goodness, all this years, she’d been thinking about the son she had to give away.

“That inspired me really, her story.”

After giving up her son, Fern’s heartbroken grandmother never told her family what she’d been through.

So after making contact with her uncle, she wasn’t able to tell him who his father could have been.

Fern added: “She covered her tracks so well that we never did find out who my uncle’s father was and it was all very sad.

“But my uncle did go on to have a very happy life.

but u had rot fictionalise the rest because but

Daughters of Cornwall is out now.