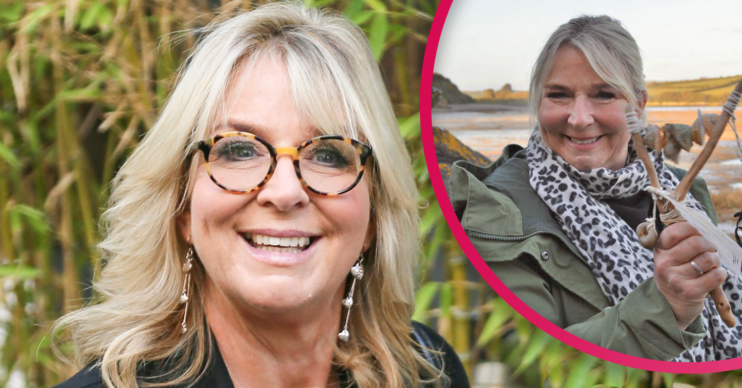 What is the This Morning veteran up to?

Fern Britton has been branded a “tease” by her followers on Twitter.

The jovial comments came after she revealed she’d had a “very happy meeting” with ITV.

So just what is the former This Morning presenter up to?

Well, her fans are most certainly “intrigued”.

Fern tweeted a picture of the ITV HQ and said: “The current home of ⁦@ITV. So swish! Went for a very happy meeting .. but I do miss the old ITV Tower on the South Bank.”

The tweet sparked intrigue among Fern’s followers, who wanted to know what the meeting was all about.

Mostly they asked if we’d be seeing Fern back on our screens any time soon.

She was most recently seen on Channel 5 with her own two-part show exploring Cornwall, entitled My Cornwall with Fern Britton.

The current home of ⁦@ITV⁩ . So swish! Went for a very happy meeting .. but I do miss the old ITV Tower on the South Bank, pic.twitter.com/0IshhswLB9

So what’s next for Fern?

Her fans are most certainly eager to find out.

“Happy for what reason, Fern??!! I hope it’s because your fizzog will be back on our screens soon??” said one.

“You tease.. New programme?” another asked.

Read more: Phillip Schofield reveals Fern Britton failed to contact him when he came out as gay

“Ooh exciting things ahead?” another asked.

“Intrigued to know what you’re up to. I know you can’t tell,” said another.

“Fern, we need you back on the telly,” another stated. “You were a joy to watch, especially when you got the giggles.”

Did Fern reveal what she’s up to?

Sadly she didn’t, so we guess it’s a case of watch this space!

It’s been a rough few years for Fern following her split from husband Phil Vickery.

She also lost both of her parents and her beloved cat.

Fern has said: “I’ve had a bad two of three years. Both of my parents died, my beloved cat died and, unfortunately, my marriage died.

And if that life involves a new TV show, then we know a few Fern fans who’ll be VERY happy!

Do you want to see Fern back on our screens? Tell us on our Facebook page @EntertainmentDailyFix.