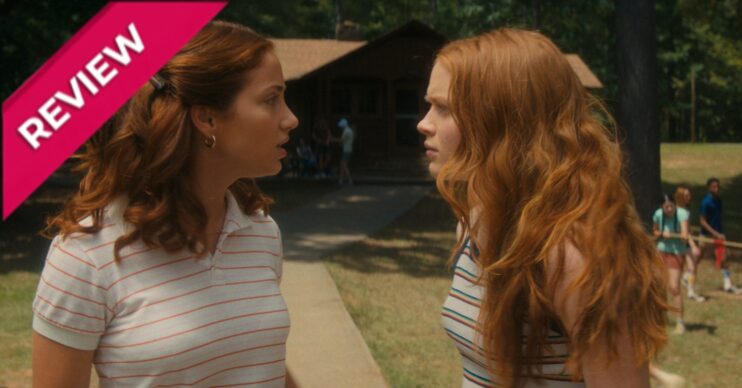 Fear Street Part Two: 1978 review: Is Netflix horror trilogy worth keeping up with?

Fear Street Part Two continues its homage to horror with a trip back to the sex, drugs and rock-and-roll days of 1978.

While Part One pays tribute to the slasher classics of the 90s, Part Two is all about the summer camp thrillers – with everything from Friday The 13th to cult classic Sleepaway Camp represented.

Tying in with the initial installment, 1978 actually kicks off back in 1994, with Deena tracking down the only survivor who’s seen The Witch, Sarah Fier.

Initially hesitant to help, C. Berman eventually tells her story, with the bulk of the film playing out in flashback.

It starts as every camp-based horror you’ve ever seen, which in itself has never been short of being parodied. (Heck, American Horror Story based a whole season around the same concept, except in 1984). So the team had some work cut out for them to keep viewers on their toes and be original.

The story follows Cindy and her younger sister, Ziggy, both at Camp Nightwing and hating it as a counsellor and camper respectfully.

The legend of the witch is perfect fodder for the campmates, with bullies using it as a means to torment Ziggy – claiming she’s been possessed.

Meanwhile, Cindy is trying to keep up a good girl image despite everyone around her having sex and doing drugs.

The camp is divided in two thanks to the ever-warring Shadyside and Sunnyvale – with the Color Wars providing a sports-supported outlet for their ongoing battle.

But also the perfect cover for what comes next – as a serial killer goes on the rampage.

Once again armed with a killer soundtrack, Fear Street certainly knows the essential box-tickers to meet the vintage requirements. Special mention to Don’t Fear The Reaper, Carry On My Wayward Son, and The Man Who Sold The World.

In a change of pace from Part One, Part Two relies more on familial love, with the two sisters’ strained relationship amplified while the men in their lives prove side players.

It also provides some fleshing out of certain characters from the first part, with motivations from 1994 suddenly a lot more clear now.

It’s nice, but also an annoyance as there were moments that needed explanation in Part One, that we never received in the first two hours. Viewers shouldn’t have to wait through another two hours to get to answers. Even in a trilogy.

Is Fear Street Part 2 worth the watch?

Fear Street Part Two is far stronger than its first. It’s gripping, keeps you on your toes, and tells a story you get invested in.

It feels more like a love letter to the 70s slashers, and you feel satisfied with the full story.

And now, we’re excited to see it.