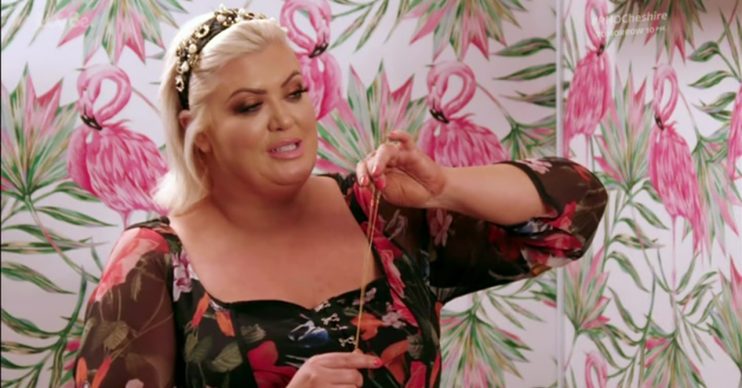 And she threw some serious shade on Amber Turner

Despite splitting with James ‘Arg’ Argent, The Only Way Is Essex‘s Gemma Collins dished out relationship advice during a brief return to the show on Sunday night (May 12).

Gemma’s comeback saw her comfort her friend Chloe Sims after her split with Dan Edgar during a psychic reading.

And, as ever, the 38-year-old reality queen didn’t mince her words, especially when it came to Dan’s ex, Amber Turner.

“And you ain’t no one’s easy option Chloe!”

Gemma was lending her mate some support after she found out that exes Dan and Amber had still been sleeping together behind her back.

During a previous episode, Amber told pals: “Me and Dan have seen each other a few times this week. My bed’s still [bleep] warm!”

Despite her support for her pal, fans fumed at Gemma’s relationship advice.

#TOWIE funny to hear #GemmaCollins calling another Woman an easy option for a Guy. What about her relationship with Arg? 🤔 #peopleinglasshouses

One furious fan wrote: “If there’s one topic Gemma Collins should never comment on it’s another’s relationship! How dare she say Amber is Dans easy option. Arg’s ‘easy option’ is Gemma! What a total [bleep] #towie.”

As ever, Gem divided opinion on social media.

Despite a furious reaction, she also had her supporters.

One fan wrote: “@missgemmacollins Great to see Gemma back on #TOWIE She looks amazing with the weight loss, an inspiration.”

And to suggest that Gemma was Arg’s ‘easy option’ is way wide of the mark; he has spoken publicly about his love for and pride in her.