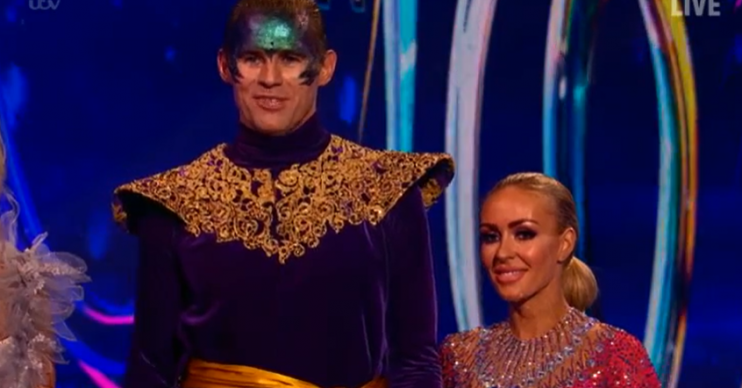 Dancing On Ice fans divided as Kevin and Brianne are eliminated

They were up against H and Matt in the skate off

Kevin Kilbane and Brianne Delcourt were booted from Dancing on Ice during tonight’s (February 2) live show.

The former footballer and his skating partner lost in the skate-off with Ian ‘H’ Watkins and Matt Evers during Fairytales Week.

All four judges voted them off, but the lovers admitted they had gained the ultimate prize – each other.

Kevin said: “I didn’t need to come on the show, it’s been an incredible run.

“We said if we make it to our birthdays we will be happy.”

Asked if they will continue skating together, he replied: “Absolutely, Definitely. It’s fixed my posture in many ways.

Brianne added how it had been a “life-changing” experience meeting her partner on the show.

Judge Ashley Banjo had told Kevin after his performance – which earned the couple just 22.5 points – : “If you want to remain in the competition, you are going to have to really push yourself.

“You said you are pushing yourself to the limit, push yourself even further.”

Ian and Matt – who performed as the swan and the prince in Swan Lake – had earned 29 out of 40, their highest score of the series.

Some fans really didn’t think it was Kevin and Brianne’s time, and that they danced better in the skate off.

Many hit out at the judges for saving potential over the better skaters on the night.

#DancingOnIce bit of a fiddle, Kevin done all the lifts and danced more than H did

As much as I’m glad H & Matt are through, Kevin & Brianne performance in the skate off was far better#DancingOnIce

#DancingOnIce wtf. How did the male couple make it through with no technical moves… The other couple had good transitions and moves.

Should have been Kevin & Brianne. Better skaters by far. 😢⛸⛸

H just got pushed around.. Kev did lifts. Seems strange that he was voted off #DancingOnIce

After watching tonight’s Dancing on Ice, I’m afraid to say Kevin and Briana were robbed, they were better on both skates especially on the skate off

Thought the judges are meant to save from what they see in the skate off not what potential they have. From that stake off H and Matt should going home #DancingOnIce

FIX! Kevin was so much better and for the judges to use the ‘potential’ remark is a joke. The skate off is supposed to be judged on there and then not the future! H needs to leave he’s rubbish and can’t do anything that’s difficult

But many felt H and Matt were the better skaters.

Fans are thrilled the guys are through to next week.

Phew, H and Matt are through to next week. 👏💖👬⛸#DancingOnIce

yessssssss!!! finger an toes crossed got a little cramp in me pinky but it’s all good, THEY SKATE AGAIN! @TheMattEvers @Ianhwatkins I could watch you skate all night long #DancingOnIce

Earlier in the evening Lisa George fell during her performance and broke down during the judges comments.

Ashley Banjo and John Barrowman were upset to see her upset and rushed to comfort her.

Breaking down in tears, Lisa told Holly and Phil: “I just really wanted to do a good job because I love this routine so much and I feel like I messed up.”

John and Ashley left their seats to comfort her with a hug.

At the start of the show Holly explained Caprice Bourett would no longer be in the skating competition, but gave no further reason as to why.

The host said: “Caprice will not be taking any further part in the series and Libby Clegg is unable to skate tonight as she is unwell. We send them both our best wishes.”

Caprice had caused controversy two weeks ago when it was announced she had parted ways with her partner Hamish Gaman.

No reason was given, but rumours of bullying were flying round.

Caprice then came back last week with new partner Oscar Peters, but they found themselves in the skate off against Radzi Chinyanganya.

The judges choose to send home Radzi and fans at home weren’t happy about it.

On Friday, Hamish broke his silence and said he was “not okay” following everything that had gone on.