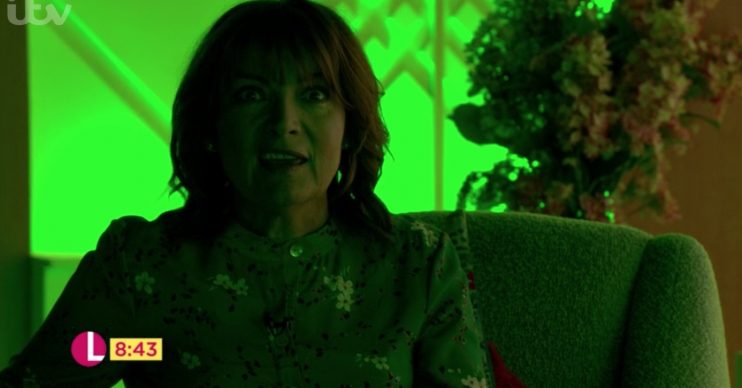 Fans got a shock when a lighting failure during this morning’s episode of Lorraine (10.10.19) not only shrouded the studio in semi-darkness, but also in spooky green light.

And viewers were convinced that the technical glitch was down to ‘the ghost of David Bowie’.

As soon as David’s name was mentioned, the lights in the studio went down and turned a spooky shade of green.

Mika was also confused and Lorraine joked: “We mentioned David Bowie and look what happened.”

Then, putting her hand to her earpiece she asked the production staff: “Guys, you didn’t do that did you?”

When the answer came back as a no, she said: “Oh, that’s given me goosebumps, Mika. Nobody did that!

“That just happened. Oh wow, that was quite strange. In a good way though, I’m taking it as a positive.”

lol, the ghost of David Bowie decides to turn off some lights in Lorraine Kelly's studio this morning. #Lorraine

Viewers took to Twitter to express their astonishment and were convinced that David’s ‘ghost’ had caused the colour change.