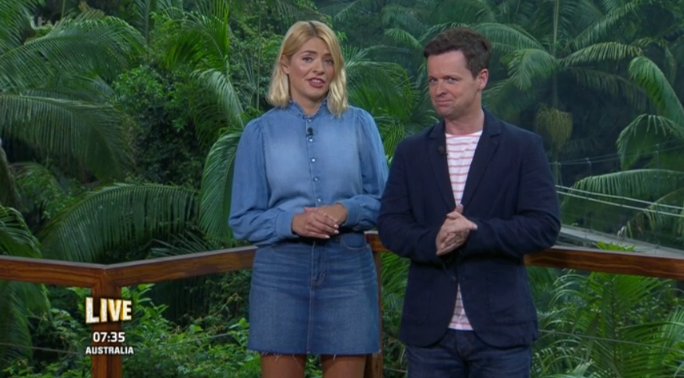 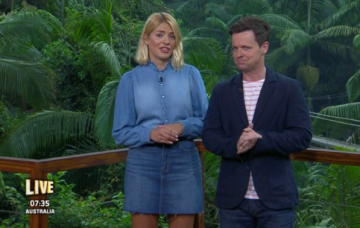 Fans call out “boring” I’m A Celebrity.. Get Me Out Of Here!

Viewers of I’m A Celebrity…Get Me Out Of Here! have called out this year’s show for being boring.

He was put underwater in a shipwreck and had to dive for stars. Of course, he wasn’t alone in there with eels, underwater dragons and even a crocodile swimming around him.

As Holly and Dec tried to ramp up the drama constantly telling him there was a big crocodile in there with him, John made it look easy as pie as he got the majority of the stars with minutes to spare.

He eventually made it to the full 10, meaning they could all eat tonight.

And although many fans were thrilled at John’s effort and impressed with him, others thought the trial was “dull” “predictable” and “boring”.

Trials are dull and boring again, it’s getting too easy, boring and predictable #imaceleb

This trial is quite boring because John is smashing it #ImACeleb

And it’s not just the trials they were unhappy with, some are fed up with just how nice everyone is this year.

So far there’s been no in-fighting, no bitching and no one really even speaking out of turn. Where’s the drama?!

All sound in there and getting on well this year aren’t they,bit nice this series isn’t it…might be too nice #imaceleb

If this #ImACeleb carries on with everyone being so fecking nice to each other I think I’ll have a major boredom overload! #imaceleb2018 #imacelebrity

Why is everyone so nice in #ImACeleb … no fighting… no bickering
..Nick Knowles is a gent, John's the camp's camp….the ladies seem to get on really well, Harry has stories galore, Anne has brains and everyone is supporting her thru the transition and Malique has fab abs!

But others are loving how lovely everyone is and think it’s a nice change to see everyone getting along.

This year’s #ImACeleb is x100 better than last year’s. Everyone is so compassionate and understanding to each other’s feelings. It’s nice

I'm really enjoying this series, its so nice to see them all getting on & looking after each other #ImACeleb

Do you think I’m A Celebrity is boring this year? Leave us a comment on our Facebook page @EntertainmentDailyFix and let us know what you think.