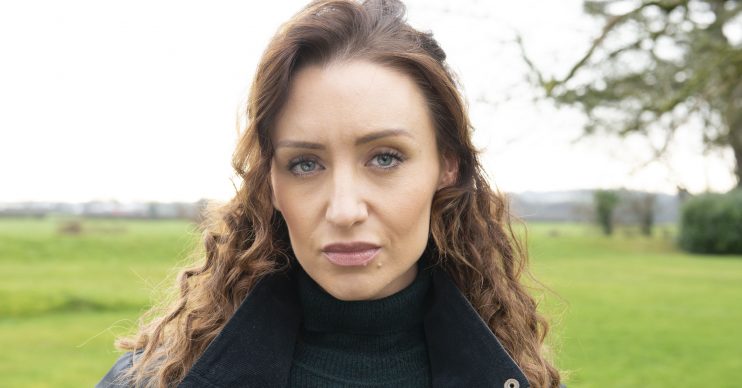 She's completely transformed from Eva Price for the role

Catherine Tyldesley is a long way from the cobbles of Coronation Street with her latest role in Channel 5 drama 15 Days.

Sporting newly darkened locks, the biggest surprise for fans of the actress was that she was speaking in a Welsh accent.

“My little boy [4-year-old son Alfie] has been practising with me and his Welsh accent puts mine to shame,” she joked.

“But it’s driving my husband mental because I’ve been constantly talking in a Welsh accent. He’s like, ‘I think you’ve got it now, it’s fine!'”

Well that was intense and left with so many questions…I love it! Well done @Cath_Tyldesley also fab accent #15Days

How good was #15days ? So many questions. Can’t wait for tomorrow’s ep. You were fab @Cath_Tyldesley Great accent too! 👏👏✨

The drama is part of Channel 5’s commitment to new and original drama after the axe fell on Big Brother last year, sparing up the cash for new productions.

Catherine plays Sara, one of several siblings who have returned to the family home in Wales following the death of their mother.

The first episode aired last night (Monday May 14) and quickly opened with a death, when brother Rhys was shot.

The action then flashed back 15 days to the family arriving and it quickly became very clear this clan were hiding plenty of secrets and lies.

Sara is married to Michael, who, it seems, has been have a fling with her sister behind Sara’s back. We expect that, along with many other secrets are set to be revealed over the next few nights.

Did you see Catherine in 15 Days? Leave us a comment on our Facebook page @EntertainmentDailyFix and let us know what you thought!