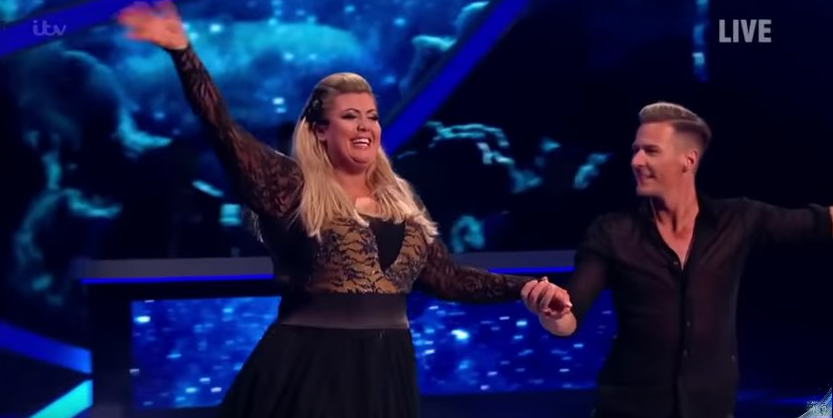 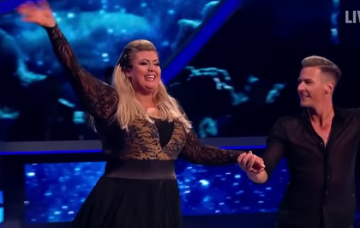 Some people aren't buying it...

Gemma Collins was in tears after tripping over on Dancing On Ice last night but now some viewers are convinced she faked her fall.

The GC slipped over and went head first on the ice during her performance. She welled up as she was pulled to her feet by pro partner Matt Evers.

She was left with bruising all over her legs and revealed she was in “agony” – but some critics think the 37-year-old reality star planned her dramatic blunder.

A second added: “#Dancingonice and I’m also one of the ones who are convinced #gemmacollins faked the fall!”

Meanwhile, others reckoned it was done for sympathy and publicity.

Another disgruntled fan commented: “I’m not buying that fall. Probably did it for the sympathy vote or to stay in the news #gemmacollins #dancingonice2019.”

A fourth questioned: “I feel like the Gemma Collins fall was staged 🙄 that girl loves a publicity stunt.”

#Dancingonice and I’m also one of the ones who are convinced #gemmacollins faked the fall!

I’m not buying that fall. Probably did it for the sympathy vote or to stay in the news #gemmacollins #dancingonice2019

One viewer even had a theory that Gem didn’t appear to put a foot wrong before she went down.

Am I the only one who thinks @missgemcollins fall was done on purpose? Having watched it back I can’t find what the cause was! The front of the skate didn’t get stuck and she didn’t loose balance! Think it was done to keep her headlines going! #faked #doi2019

But poor GC could have just lost her balance!

The Only Way Is Essex star has also had backing from fans, with many saying they have “respect” for her for carrying on.

And celebrity fan Piers Morgan was full of praise for the star.

Actually, the gutsiest thing I've seen on any talent show for years.
Fell flat on her face, probably hurt like hell in every sense, but got up again & received her best score.
Bravo @missgemcollins 👏👏 https://t.co/R7OWcSMmxq

Others rushed to defend her:

@missgemcollins love you GC you were awesome despite a fall!

Why would anyone purposely fall on the ice?? It must hurt like hell and @missgemcollins was so upset, don’t believe it was staged one bit! https://t.co/5X13opigGJ

@missgemcollins I slated you last week for your tantrum, but it was clear you’d work hard this week, credit where credits due. 😊
You tried hard, had a much better attitude & looked great.
Well done for getting up after your fall & completing your routine. @dancingonice

After her embarrassing incident Gemma said she was in  “absolute agony” with her knee.

On her Instagram Story she had a big bag of ice on her leg, while she had a curry with boyfriend James ‘Arg’ Argent.

Arg voiced his support and said he feared that GC had knocked herself out when she went down.

I LOVE YOU @missgemcollins 💖
When I saw her fall like that face first I honestly thought she might be unconscious or lost some teeth! The way she got up & carried on was AMAZING!!! ❤️ You worked so hard this week & improved so much! ⛸@themattevers @dancingonice @itv #Reality👸 pic.twitter.com/KkCCCpkW9n

Despite the drama, Gemma wasn’t in the bottom two and made it through to fight another week.

What do you think of the theories about her fall? Leave us a comment on our Facebook page @EntertainmentDailyFix and let us know what you think of this story.