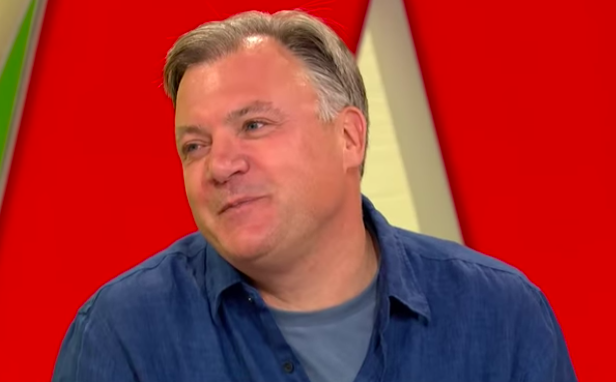 He described it as 'very invasive'

Ed, who took part in the 2016 series of Strictly, had the procedure done while filming his new TV show, Travels In Euroland.

The ex Labour MP met a social media star while shooting the BBC2 programme and told The Mirror it was her idea to have the “very invasive” lift.

Ed, 52, said: “I met a social media star in Milan who took me for a non-surgical bum lift.

“It was very invasive, my God.

“But I loved it so much I’ve been back every week for one. I’m joking, of course.”

Ed’s new show follows on from the success of his series Travels In Trumpland, which saw him visit America’s Deep South and meet supporters of Donald Trump.

In his new European version, Ed meets a wide range of people to lay bare the divisions sparked by Brexit.

He was the first celebrity to be announced in the line-up and, despite not being the most natural dancer, made it to week 10.

Strictly fans’ lasting memory of Ed will be his salsa to Gangnam Style, which saw him and Katya earn a score of 25 from the judges.

BBC director-general Lord Hall later described it as “something of a national moment”.