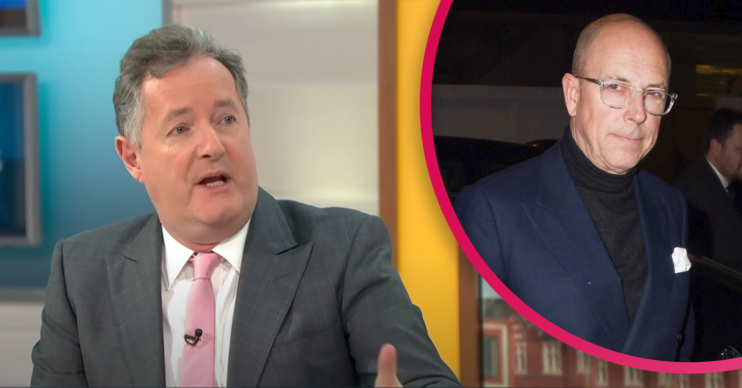 Surely it's just a coincidence?!

Piers Morgan has revealed the “real culprit” behind his exit from Good Morning Britain.

And Piers claimed the person is behind him losing not one but three high-profile jobs.

The comments came after he quit Good Morning Britain after he was asked to apologise for his comments on the Meghan Markle Oprah interview.

Who did Piers Morgan blame for his Good Morning Britain exit?

Piers has jokingly laid the blame firmly at the feet of GQ editor Dylan Jones, calling him the “real culprit”.

Writing in the Daily Mail, Piers quipped that every time he’s been handed an award by the publication, he’s lost a high-profile job within weeks.

Piers said: “The blame game has been raging furiously since my sudden departure from Good Morning Britain. But the real culprit may be Dylan Jones, long-time editor of GQ magazine.”

He went on to explain that he was named Newspaper Editor Of The Year in 2003 and lost his job at the Mirror within a “few weeks”.

The real culprit may be Dylan Jones, long-time editor of GQ magazine.

In 2013, he was named TV Personality Of The Year for his CNN campaign against American gun culture.

He promptly lost his job at the network.

Back in December 2020 he won the award again for his “unwavering interrogation of the government’s woeful response to the pandemic”.

And, last month, his GMB exit was announced.

“Given that I’d lost both the Mirror and CNN jobs within a few weeks of winning the GQ awards, I told Dylan I was extremely wary of accepting again when he told me I’d won another one, but he persuaded me lightning never strikes three times,” Piers explained.

He added: “The rest is history. The GQ curse has stuck again. Thanks Dylan.”

Later today, Piers is set to tell his side of the story in his first televised interview since his GMB exit.

He’s expected to tell all to US TV host Tucker Carlson.

It’s due to air at 9pm UK time, with clips from the chat due to be aired on Fox News’ Tucker Carlson Tonight – which UK viewers can stream online.

Tell us what you think about Piers’ latest comments on our Facebook page @EntertainmentDailyFix.