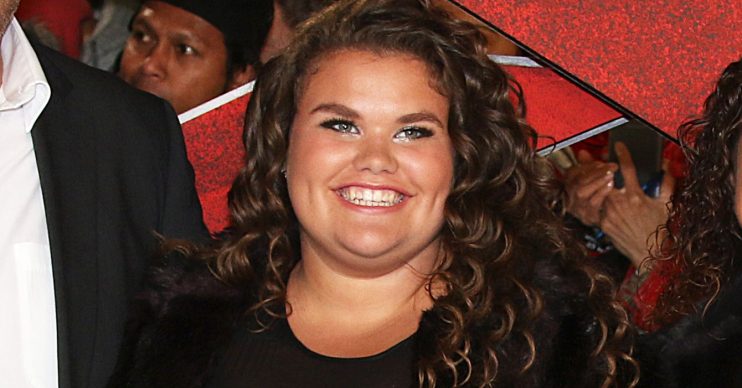 Amy Tapper, best known for offering her take on the week’s TV as one quarter of the Tapper family on Gogglebox, has shown off her incredible weight loss on social media.

The 19-year-old took to Instagram on Tuesday (31.12.19) to reveal she has dropped three dress sizes after losing a whopping three stone in just 12 weeks.

“Three stone lighter, three dress sizes down and feelin’ hellla good!” she wrote alongside before and after shots.

“This is what I achieved in 12 weeks with the help of @dotheunthinkableuk, I genuinely can’t believe I did this while still eating foods I still love!”

She continued: “If you want to join me and start working towards your goals then drop them a follow, and enter code TAPPER10 for £10 off your first order.”

Amy’s followers rushed to congratulate her on her amazing achievement in the comments.

This is what I achieved in 12 weeks with the help of Do The Unthinkable.

One said: “Wow! You look incredible – always been gorge! xx.”

Another told her: “So amazing! So proud of you. You look amazing!”

Someone else put, “Well done! What an achievement! You look amazing!” alongside two clapping emojis.

One of her followers, bodybuilder and Do The Unkthinkable’s head of partnerships Loic Perusset, wrote, “You’ve done so so well!” and Amy replied to thank him for his help in her weight-loss journey.

She responded, “Thank you so much for everything!” and added, tagging Do The Unthinkable personal trainer Steve Ahern, “You and @steve.ahern are the best”.

Amy and her family – dad Jonathan, mum Nikki and brother Josh – were on Gogglebox from the very first series, which aired in 2013.

In 2018, she quit the programme ahead of her stint on Celebs Go Dating, with a source telling The Sun at the time: “Amy has grown up on TV and has always been with her family on Gogglebox so to see her out doing her own thing on Celebs Go Dating will be amazing.

“Amy has told her friends she’s on a mission to find her soulmate and she’s determined the show can point her in the right direction.”

The source claimed that Amy left Gogglebox with the full support of her family and the show’s crew.

Channel 4 later confirmed that the whole Tapper family would not be returning.