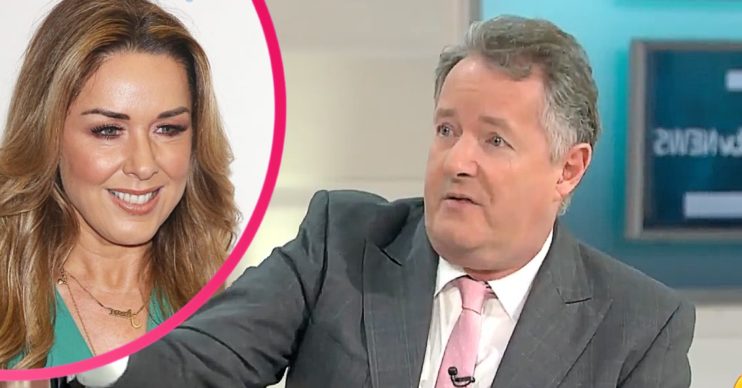 The former breakfast TV host has fans in high places

Former GMB presenter Piers Morgan has praised Claire Sweeney for sticking up for him.

The former soap star, 50, quit social media after she spoke out in defence of Piers.

Claire says she was targeted by trolls after she tweeted that she “missed” the Good Morning Britain star.

However, instead of keeping a low profile after being trolled, Claire has spoken out again.

What did Claire say about ex-GMB star Piers Morgan?

Claire said: “I love Piers Morgan and you haven’t always got to agree – that’s why free speech is important and I admire that, he stands by his front,” she told the Express.

“He’s got balls of steel and I’m a big fan of Piers, big fan, and I supported him publicly on social media and then didn’t look at my Twitter for a week because I knew I would get absolutely abused but I didn’t care.”

He’s got balls of steel and I’m a big fan of Piers, big fan.

She added: “And you know that show is not the same without him, I think he’s sorely missed on GMB.”

In response to her comments, Piers took to Twitter to thank the star personally.

The former ITV star tweeted: “How nice of her.. thanks @clairesweeney!”

So who is replacing the host on GMB?

Piers has been one of the most controversial figures in the country this year.

He famously quit GMB following his remarks about Meghan Markle in March.

As a result, opinion has been massively divided.

Since Piers quit there’s been plenty of speculation about who might take over his role.

However, according to reports, ITV bosses have already settled on who they would like.

Speaking to The Sun, a source revealed Richard Madeley is a dead-cert.

They said: “Piers is nigh-on impossible to replace and GMB execs accept this, but Richard has his own inimitable style.

“He shoots from the hip, says what he thinks, and is a genuinely brilliant, likeable chap off air — so it’s very much a watch this space.”

What do you think of Richard becoming the new host on GMB? Let us know your thoughts on our Facebook page @EntertainmentDailyFix.