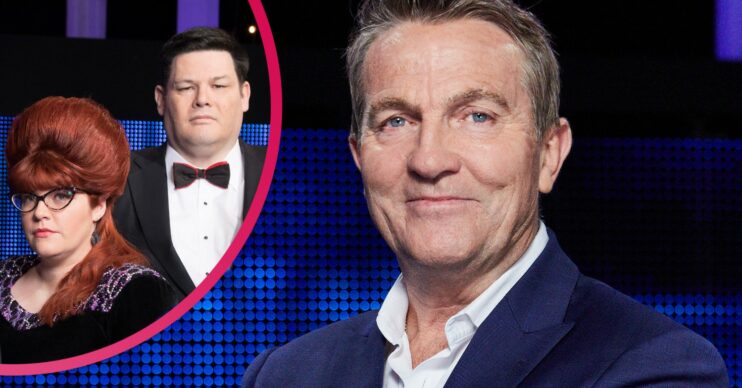 When is The Chase back on ITV? There’s good news and bad news for June 24

Fans of the quiz show will have to wait quite a while until it returns!

The Chase fans will have a Beast-shaped hole in their lives for a while as the quiz show takes a break – but when is The Chase back on ITV?

Unless you’ve had your head buried in a pile of fake grass, you’ll know that there’s rather a large football tournament going on.

And, love it or loathe it, Euro 2020 is throwing most of our fave shows into chaos.

Here’s everything you need to know about when The Chase will return.

Is The Chase on tonight?

The Chase, hosted by Bradley Walsh, has been taking a break as a result of the UEFA Euro 2020 tournament.

Instead of the usual 5pm nugget of Chase wisdom and witticisms, ITV has been showing live football coverage.

Viewers have been contenting themselves with watching The Chase repeats on the ITV Hub.

There are currently more than 20 episodes of The Chase available to watch on there.

However, some good news: The Chase IS on today, June 24. Unfortunately, it’s a repeat!

When is The Chase back on?

We wish we had good news for you, but there are no regular broadcasts scheduled right now.

The tournament continues for four weeks, which means TV schedules will be disrupted during that time.

Read more: Mark Labbett on The Chase USA: How to watch his appearance from the UK

Both ITV and BBC are showing live matches and highlights over the course of the tournament.

It’s believed that the quiz show won’t be back until September.

Whether episodes are shown in the rest of June depends on fixtures being shown on ITV.

Best to. check back with us for a day to day report!

ED! is waiting to hear back from an ITV spokesperson with a date for the show’s return.

Fans are divided about The Chase being missing.

And it kind of depends on whether you like football or not!

One Twitter user blasted the “sad freaks complaining about the football taking priority” over reruns of old shows.

However, another responded by saying: “The Chase is part of the regular schedule, the football isn’t.

“I like football, I watch football, but I still think it’s imposed on the people that don’t wish it to interrupt their usual programmes.

“It wouldn’t make any odds to footy fans to watch it on ITV2.”

Another added: “BBC and ITV plan their summer schedule around the Euros and World Cup every two years.

“It’s just as much a valid part of the schedule as any game show or crime drama.”

Fair point, but you have to have sympathy for people who hate footie!

The Chase fans can watch old episodes of the quiz show on the ITV Hub.

What do you think of the schedule changes? Leave us a comment on our Facebook page @EntertainmentDailyFix.