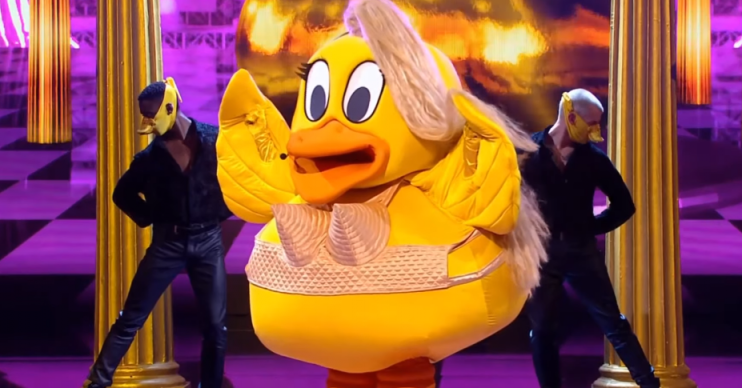 Patsy Palmer and Alan Johnson have already taken off their masks

Theories about which celebrities are in disguise continue to abound as ITV’s The Masked Singer rumbles on.

And viewers also reckon they’ve also cracked which famous faces are being hidden under the Chameleon get up and as the Fox.

But while the likes of Jodie Marsh are denying they are anything to do with the debut UK series of the international telly hit format, not everybody linked with a spot on the show has been killing rumours stone dead.

One such celeb is This Morning presenter Alison Hammond, whose name came up as Alan Johnson guested on the daytime show earlier today.

Showbiz correspondent Kem Cetinay highlighted to the former MP and hosts Holly Willoughby and Phillip Schofield how Brummie TV fave Alison has also been tipped to be one of the mystery performers.

I know Alison’s got a good voice.

“They’re saying our Alison could be the Duck,” the ex Love Island contestant claimed.

“Oh really?” wondered Holly as Alan raised his eyebrows at the possibility.

“It could be, I know Alison’s got a good voice,” Kem continued.

And earlier this afternoon, Alison teased on Twitter that she could indeed be the well known person portraying the Duck.

“Omg I would LOVE that,” reacted one fan.

Another person on social media added: “Just listened again, and once Davina says ‘you’re warming up’ it sounds very much like you Alison.”

But another not-sure-viewer replied: “That duck’s fab, but not sassy enough.”