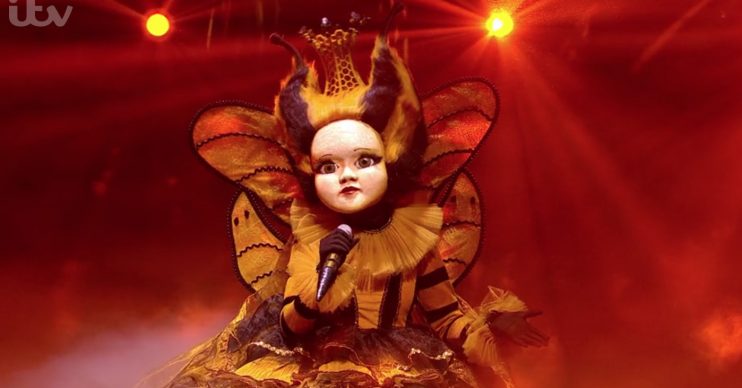 Fans of The Masked Singer are convinced they know the identity of Queen Bee.

But now viewers are certain they know who another masked character is.

Queen Bee’s performance left the studio audience and the judges open-mouthed at the quality of her performance, leading the judging panel to believe that under the mask lies a professional singer.

Two-truths-and-a-lie clues revealed that she was under 30, well known in fashion circles and NOT known for singing on stage.

Although the judges had ideas, they were stuck on the statement she made in the pre-recorded interview segment, where she said she liked to help people and has passed laws.

That’s when viewers took to social media, convinced they knew who it was.

It might be Nicole Roberts, she tried to change the law about the sunbeds for pale people, in the vt it had her playing the drums and one of her first songs was called best of my drum. She also has a song called porcelain heart which would explain the face of the queen bee. 🤪

Queen Bee is 100% Nicole Roberts. She had something to do with some tanning salon laws I’m sure #TheMaskedSingeruk

One viewer said” “Nicola Roberts – anti-bullying and tanning activist and sung the song ‘Beat The Drum.'”

Another viewer had another take: “I agree with a lot of Twitter that Queen Bee is Nicola Roberts – she is known for her fashion sense.”

Who do you think it is? Leave us a comment on our Facebook page @EntertainmentDailyFix and let us know what you think of this story.