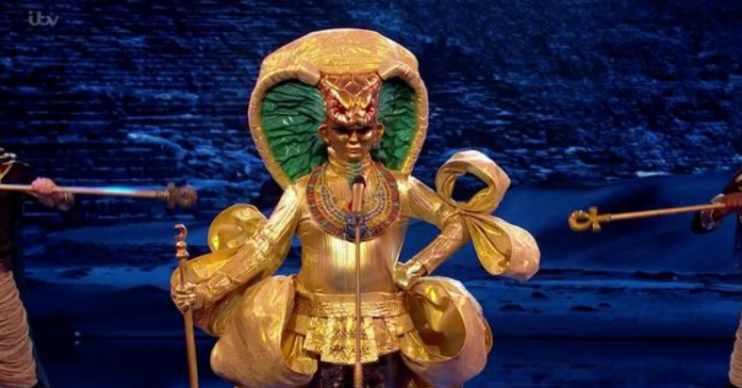 Most viewers had no clue who he is!

Alan Johnson was the next celebrity to be unmasked on The Masked Singer.

The former Home Secretary and Member of Parliament was revealed to be the man underneath the Pharaoh mask as he performed Walk Like an Egyptian.

Speaking to host Joel Dommett, he said: “It was so much fun. It was like karaoke.”

He was booted out of the competition in favour of the Monster and Daisy staying in to sing again next week.

While viewers are loving this new show, many were blank-faced at the reveal of Alan, having no idea who he is… (much like panelist Rita Ora, it seems)!

When they reveal it’s Alan Johnson and @RitaOra and @kenjeong have no idea who it is 😂😂😂 (nor me lol) But fair play to him!! Life is short!! You walk like an Egyptian Al!! #TheMaskedSinger 😂😂😂

#TheMaskedSinger
The judges and audience: OMG ITS ALAN JOHNSON OMG!!!!!

Meanwhile, during Saturday night’s (04.01.20) episode, Patsy Palmer became the first celebrity to be unmasked on the ITV show.

The former EastEnders actress said: “I love singing in general – not that I’m any good – but it’s an extremely uplifting thing to do.

She added: “I have no idea who anyone else is in this show, it’s been the craziest experience. It could be anyone.”

“I see butterflies everywhere, I just love them. They’re so beautiful and delicate – and not me.”

And the actress admitted mixed feelings about her departure from the show.

She said: “I’m a little bit sad I was out first but somebody’s got to go, I’d a few other songs I’d been practising but I guess I’m relieved now because it’s so nerve-wracking…