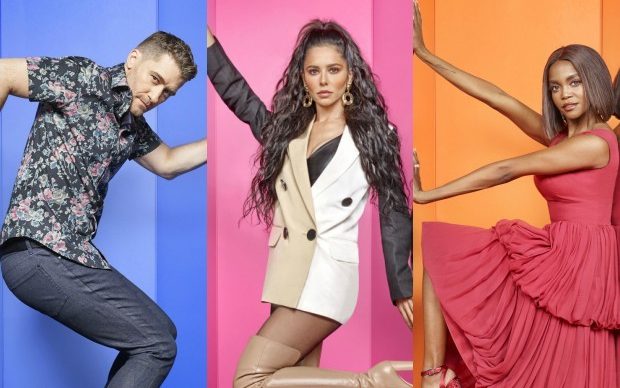 Matthew Morrison ‘given second chance’ on The Greatest Dancer

The show has denied they contemplated dropping him

The 40-year-old actor – who is set to star as a Dance Captain on the show’s panel alongside Cheryl and Oti Mabuse – “wasn’t the runaway hit” on the programme, but TV bosses have apparently decided to give him a second chance.

An insider told The Sun on Sunday newspaper: “Matthew wasn’t the runaway hit on the panel that some people thought he would be, so a replacement was briefly considered.

“However, given the BBC’s viewer feedback about him was mostly positive, they decided to give him another chance to impress on this year’s show.

“And hopefully that is what he will do when it airs.”

By contrast, a BBC spokesperson has insisted the show’s bosses never considered dropping Matthew from the judging panel.

Kate Phillips, the Controller of BBC Entertainment, confirmed earlier this year that The Greatest Dancer would be returning for a second series in 2020.

She said: “We wanted a big joyful show that celebrated extraordinary and memorable dancers of all ages and from all backgrounds and that’s exactly what we got.

“Everyone worked so hard on the show and we can’t wait to go again and see who will manage to open our magnificent mirror!”

Love Island star Curtis Pritchard is joining the second series, revealing earlier this month he would be welcoming hopefuls to the studio.

The 23-year-old Ballroom and Latin pro said: “To have left the Love Island villa just 10 days ago and to be so quickly given an opportunity to be a part of a show as amazing as The Greatest Dancer is a dream come true.

“When I got the call I was so honoured to even be considered for this so the fact it’s happening I can’t quite believe!

“Dance is my passion and I can’t wait to meet all the contestants in the new revamped reception area.”

Are you looking forward to the show returning? Let us know what you think on our Facebook page @EntertainmentDailyFix.