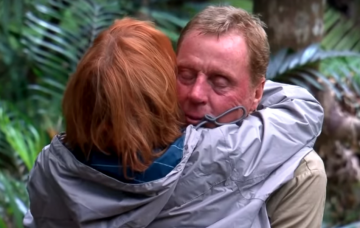 Harry Redknapp has been tipped to rake in more than any other I’m A Celebrity contestant ever if he is crowned King of the Jungle tonight.

The former football manager is the bookies’ clear favourite to win the ITV jungle series – and according to tabloid speculation he will be handsomely rewarded with a series of lucrative deals for entertaining fans.

The Mirror reckons Harry, 71, will earn millions from appearances on TV shows, books and other endorsements.

The London-born star has already pulled in a fortune from taking part in I’m A Celebrity, reportedly commanding a £500,000 fee.

That kind of money puts him in the show’s top wage bracket, with only Noel Edmonds at £600,000 believed to have ever received more for staying in the jungle camp.

Harry has also previously published his autobiography Always Managing, but a sequel lifting the lid on his reality show stardom could open up a new market of fans eager to snap up his merchandise.

He will also be back on the box very soon as part of ITV’s Match Fit which will see the beloved West Ham legend help train former England players to top fitness.

It is also rumoured charmer Harry’s side-splitting way with words could see him pitched alongside son Jamie as a duo for a panel show.

And with Harry’s five decade marriage to Sandra thrust into the spotlight by his constant mentions to his devoted wife, the likelihood of a fly-on-the-wall reality show following their lives does not seem impossible, either.

A second career as a rapper or as the face of a food range seems less likely for fussy eater Harry, however.

But the newspaper also suggests some kind of tie-up with jam roly-polys may be an option, which would be a surprising food trend to emerge in 2019.

According to bet365, Harry is priced at a seemingly unbeatable 1/10 to win the entire show in tonight’s final episode.

Fellow campmate finalists John Barrowman and Emily Attack are rated at 10/1 and 12/1 respectively to be victorious.