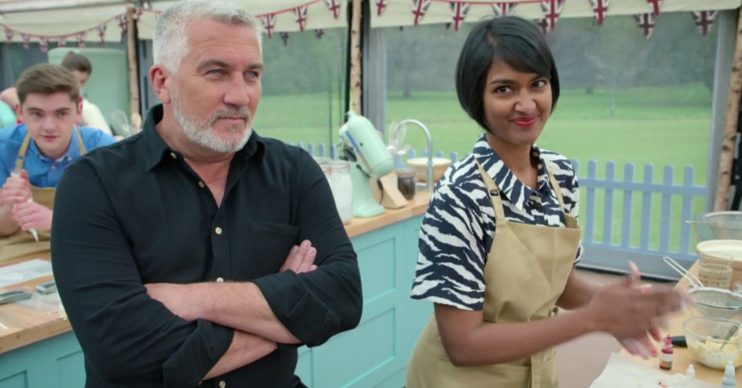 Fans were beside themselves last night when of TV’s most popular shows, The Great British Bake Off, returned to our screens.

And, as ever, it wasn’t just the incredible bakes that wowed fans – it was the double entendres and hilariously suggestive comments that tickled millions of viewers.

The opening episode of the 10th-anniversary series certainly did not disappoint.

Next up for the innuendo-fest was contestant Phil who was making a space-themed cake in the Showstopper Challenge.

But fans were in hysterics at Phil’s, ahem, method in shaping the icing.

Viewers took to Twitter to voice their delight at the puns and suggestive comments.

Ermmm what are you making there Phil? #GBBO pic.twitter.com/NH1tFDu8Jm

In a later exchange, contestant David was making a snake-themed cake.

Paul told David that he had “a slow worm” when he was younger.