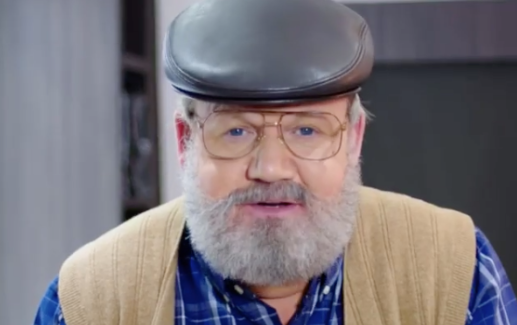 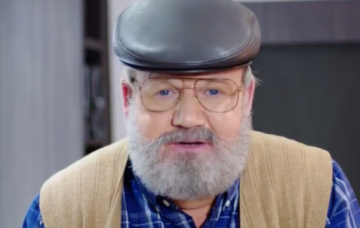 Gordon Ramsay is unrecognisable in new US show

Grandpa Jim is ready for lunch

He’s been on our tellies since the nineties, so you’d think Gordon Ramsay would be pretty instantly recognisable.

But not-so in a clip from his new TV show, where the celebrity chef goes undercover as Grandpa Jim.

And, it is amazing!

Beside a video from his new US series, Gordon Ramsay 24 Hours to Hell and Back, the 52-year-old wrote: “Grandpa Jim ready for you at 8/7c on @24hoursfox !!! And this week I might even get caught!! See you soon east coast. (sic)”

In the video, the TV star – who is expecting his fifth child with wife Tana, 44, – explains that he’s going to the Los Toros Mexican Restaurant in LA in disguise, because “when people know I’m coming, they tend to act like everything is bueno. So I’m going undercover”.

He shows a montage of the astonishing makeover, before the big reveal, saying: “Grandpa Jim, ready for lunch.”

When Gordon arrives at the restaurant, he complains the menu is 22 pages long, joking about his advancing years, saying: “I might die before I get to the end of it.”

Despite the insane transformation, it looks like he’s set to get caught in the episode, as the clip shows the owners clocking him.

His 5.9million followers couldn’t believe it was really him, with one commenting: “Grandpa Jim, I needed that after my day thanks Gordon always looking out for the fans #24HoursFOX.”

Another said: “You look like my grandfather and it’s great,” while a third added: “I always love the disguises haha.”

A fourth suggested he looked like the 70-year-old author of Game of Thrones, writing: “Why you running about looking like George R R Martin?” followed by laughing face emojis.

Others found his new look hilarious, with one tweeting: “Grandpa Jim looks adorable 😂😂.” Another said: “Tis great to see you! Grandpapa! 😆!”

Would you have known for he was? Leave us a comment on our Facebook page @EntertainmentDailyFix and let us know what you think.