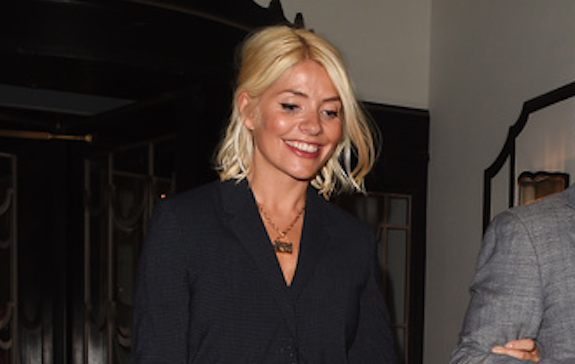 Will you be switching on the box for it?

Bradley Walsh and Holly Willoughby have signed up to present a Christmas entertainment show, the BBC has confirmed.

Take Off will see the popular hosts giving lucky studio audience members the chance to win a trip to Lapland and promises to be packed with surprises and games.

The one-off hour-long programme will also feature a “spectacular” end-of-show finale and is set to be executive produced by Holly’s husband Dan Baldwin.

“This Christmas Brad and I are going to be on the telly, on a Saturday night, surprising the nation with Christmas gifts of all shapes and sizes,” This Morning host Holly, 38, said.

She continued: “And I couldn’t be happier! Christmas is without doubt my favourite time of year. Happy Christmas everyone!”

Doctor Who star and The Chase presenter Bradley, 59, also pledged to bring a festive smile to viewers’ faces.

He said: “Holly and I are going to help people have a wonderful Christmas this year… and we’re going to have a right laugh while we do it!

“I can’t wait to cheer up the nation with Holly at my side. Bring. It. On.”

Fans commenting on the announcement on social media were largely enthusiastic about the upcoming TV show.

“Honestly, it’s the most pure sounding programme I’ve ever heard of,” tweeted one person.

“Bradley Walsh is a renaissance man,” commented another.

However, a third person remarked they were surprised to see Bradley and Holly – ITV stalwarts – appearing on a different channel.

“BBC? I would’ve thought it would be ITV,” they said.