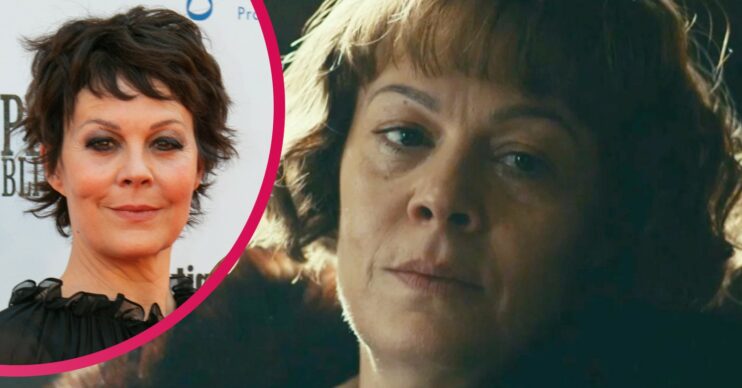 Peaky Blinders returned last night (Sunday, February 27) for its final series, but tragically without one key member of the cast.

The show paid tribute to Helen McCrory, and her character, Polly Shelby, last night, in scenes that had many viewers in tears.

Last night saw the beginning of the end for Peaky Blinders. The new season, its sixth, is also set to be its last.

The first episode of the new series got off to a tragic start, however, with Polly Shelby being killed by the IRA.

A funeral for the family’s matriarch was then shown in virtual silence.

Polly was cremated in a gypsy caravan, with only the sound of flames and birdsong to be heard.

As Polly’s funeral came to an end, a painting of the late, great star of the show could be seen.

The episode was also dedicated to Helen McCrory, who passed away in April 2021 following a battle with cancer.

Emotional viewers found Polly’s funeral to be too much and took to Twitter to tearfully praise the show for it.

What did viewers say about the Helen McCrory tribute on Peaky Blinders?

Viewers felt devastated at the tribute for Polly and Helen at the beginning of the show.

“As much as I knew Helen wouldn’t be in it, that has broke me,” one viewer said.

“Wow. I’m in tears. What a tribute to the wonderful Helen McCrory. #PeakyBlinders won’t be the same without Aunt Pol,” another wrote.

“An utterly heartbreaking and exceptionally touching way to say goodbye to Helen McCrory,” a third tweeted.

“We remember Helen McCrory, Peaky Blinders isn’t the same without Aunt Pol. Thank you for everything,” another wrote.

What else did viewers say about last night’s show?

As well as being a touching tribute to Helen and her beloved character, viewers were full of praise for the episode as a whole too.

“The Black Day episode was AMAZING… the opening scene is one of the best! But all I could think of was THE ACTING of Cillian Murphy,” one viewer wrote.

“Amazing first episode of #PeakyBlinders and a lovely silent end credits tribute to #HelenMcCrory,” another said.

Read more: Peaky Blinders on BBC One: What happened to Tommy Shelby’s wife Grace? Who played her?

“A brilliant episode and tribute to an amazing actress,” a third wrote.

“Cillian Murphy could read the phone book in a Brummy accent for 60 minutes and I’d be captivated. The guy is amazing,” another gushed.

“Well that was bloody amazing, wasn’t it?” a fifth said.

Peaky Blinders continues Sunday, March 6 at 9pm on BBC One and BBC iPlayer.

What did you think of episode one of Peaky Blinders series 6? Leave us a comment on our Facebook page @EntertainmentDailyFix.