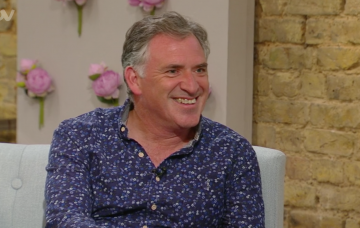 The love triangle is coming to an end, but who should Bob choose?

Emmerdale star Tony Audenshaw has revealed who he thinks Bob Hope should be with.

The actor plays cheating cafe owner Bob in the ITV soap as he has been caught up in a love triangle between wife-to-be Brenda Walker and widow Laurel Thomas.

Bob’s behaviour has sparked a furious viewer reaction towards him, and Audenshaw himself has revealed he isn’t a fan of his character’s behaviour.

Speaking to Zoe Ball on her ITV show today, he said Bob’s behaviour had been ‘terrible’ and revealed who he wanted Bob to be with.

He said: “He should be with Brenda, shouldn’t he?

“He shouldn’t be unfaithful like that. He’s been awful. Terrible behaviour.”

“And of course, he’s got all those broken marriages and we’ve never seen the mechanics of what’s happened in the past, whereas in this case, you’re getting right into the affair.

“He’s just behaved disgracefully – but it’s been really enjoyable to do.”

Tony also revealed how he had been inundated with viewers telling him their views on Bob’s behaviour.

Having been in the soap since 2000, Tony hasn’t seen such a level of interest in anything else.

He said: “I was at Brighton Marathon a few weeks ago and the reaction there was unbelievable.”

He added: “People were saying, ‘you’re disgusting’, ‘you shouldn’t be doing that to Brenda’ and ‘Get your hands off Laurel!'”

The soap airs Bob and Brenda’s wedding this week but viewers will have to wait until then to see who he picks.

Who do you think Bob should end up with? Leave us a comment on our Facebook page @EntertainmentDailyFix and let us know what you think!