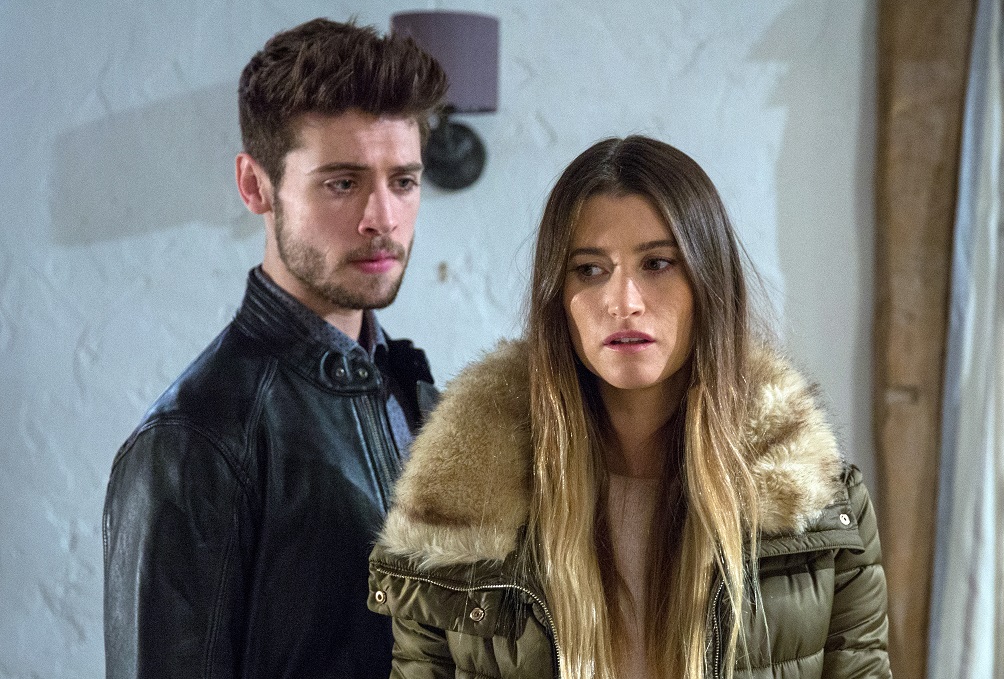 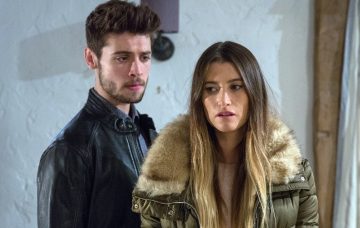 Or at least that’s what actor Ned Porteous has led us to believe.

The actor appeared on Lorraine this morning (Thursday 24 May) and gave soap fans an exciting hint about what is in store for his character Joe.

And he teased that there’s a big twist coming up between Joe and his girlfriend Debbie.

The pair recently reunited after she saved his life when a prank went wrong and nearly killed him.

Read more: Mike Parr announces he is quitting the role of Ross Barton in Emmerdale

Of course, Emmerdale fans know that Debbie Dingle planned to have acid thrown at Joe’s face – but Simon McManus, who was paid to carry out the cowardly attack, got the wrong man and aimed for Ross Barton instead.

But is there another secret?

Speaking to Lorraine Kelly, Ned said: “Everything she stands for. The way she holds herself, the plucky woman she is, Joe is now completely besotted with her.”

But then cheeky Ned dropped the mini-bombshell, adding: “Or is he?”

Giving the Scottish host a mischievous grin, the viewers were left to make up their own minds about what his words meant…

The actor, 23, also revealed that he had been warned to expect “aggro” when he took on the role of scheming Joe…

He explained: “I spoke to Jeff Hordley when I first arrived and he said ‘Be careful about going out in public too much because you play a baddie’.

“He did say that when he first started, he did possibly sometimes get a bit of aggro on the street, so maybe avoid certain bars.

“But luckily people have been quite nice.”

Do you think Joe Tate and Debbie Dingle are for real? Leave us a comment on our Facebook page @EntertainmentDailyFix and let us know what you think!