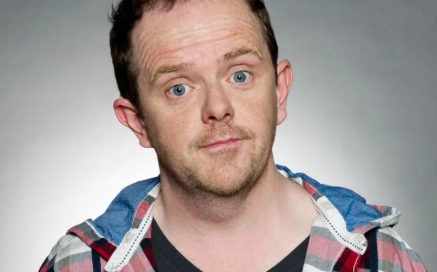 They look SO alike

Another baker bit the dust on last night’s Great British Bake Off, as Phil Thorne was sent home.

But he’s not bitter, and was full of praise for the show, revealing the production team were available “anytime day or night” if the contestants needed to talk to anyone.

The 57-year-old truck driver was eliminated from the competition after failing to impress in Dairy Week, but says he didn’t feel as much “pressure” as some of his younger co-stars.

He said: “I was the oldest baker in the tent so although there was pressure there, I was more laid back than the younger ones. I kept my head down and just cracked on.

“Everyone in the show is absolutely amazing and totally supportive, the production team help you so much and really couldn’t do anything more for you.

“There is a friendly voice anytime day or night on the phone if you needed to talk to anyone.”

Phil was concerned about Dairy Week before the stage, admitting he was “out of [his] baking comfort zone”.

He said: “Being on The Great British Bake Off is like being on the biggest rollercoaster ever – you have your highs and you certainly have your lows, and I did in Dairy Week.

“I was apprehensive about Dairy Week as I don’t really bake a lot of [dairy] so I was out of my baking comfort zone from the beginning.”

Phil was delighted to be chosen for this series after attempting to land a spot on the Channel 4 programme for four years.

He said: “Once I got the phone call to say I was in, I was absolutely ecstatic, four years of trying and finally it came through.

“It’s been an ambition of mine to get in since the show started, and I have been trying to keep improving my baking prowess.”

It wasn’t just Phil’s baking that got fans of the show talking… his resemblance to Emmerdale character Dan Spencer played by Liam Fox, didn’t go unnoticed!

“Phil looks like the guy called Dan in the garage on Emmerdale! #bakeoff” commented one on Twitter.

Another said: “Am I the only one who thought phil was dan from emmerdale for a moment ??? #bakeoff #gbbo

The joke wasn’t lost on actor Liam, who also posted about his departure…

Gutted to be leaving @BritishBakeOff @Channel4 in my disguise as @philsburybakes, time to head back to @emmerdale maybe I can make Cain some cupcakes??😂😂😂

Do you see the resemblance? Leave us a comment on our Facebook page @EntertainmentDailyFix and let us know what you think of this story.