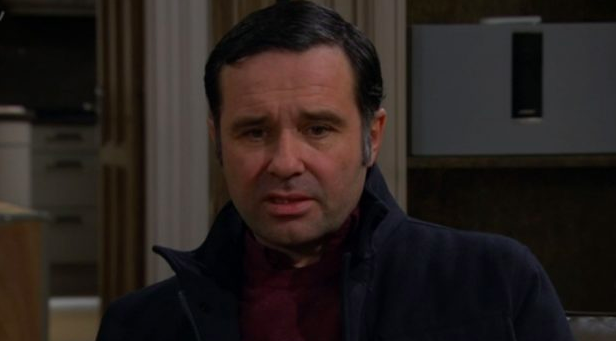 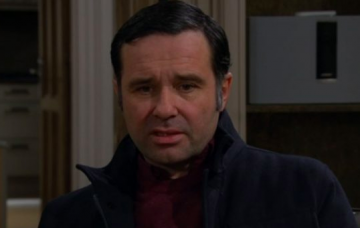 It will divide opinion, that's for sure

Emmerdale’s international man of mystery will reveal the dark secret he’s been harbouring since arriving in the village – TONIGHT!

Since he rocked up as Joe Tate’s sidekick last year, Graham – where he came from, why he’s so loyal to Joe who’s a bit of a snake and what he’s hiding – has kept fans glued to the screens.

There’s been so much theory and speculation around this one character, we can’t even list them all but let’s just say they range from him being a spy to (our favourite) a ghost.

In tonight’s episode, Graham will reveal some of his past to Debbie Dingle as he tries to convince her that Joe isn’t really such a bad guy after all.

Fans have watched as Joe has clumsily tried to get his ex back going about it in a completely underhand way.

Tonight he wants to prove to her that he’s really not all bad so he sends Graham to her with the offer of renting Jacob’s Fold out to her again.

Debbie is suspicious of his motives as Graham tries to persuade her otherwise, but as he goes to leave, she asks him the one question we’ve all been asking since Tom Waterhouse revealed he was actually Joe Tate – why?

And Graham confesses his tragic secret to Debbie, before admitting that even Joe doesn’t know all of it.

We won’t spoil it for you by revealing what he’s hiding but we will say it could well make some of you see Graham in a very different light.

He told Metro.co.uk: “I think that is all to unfold and we’ll find out what kind of guy he is in that area. He has a pretty traumatic past so it has to be seen! Obviously he is a single man so yes anything could happen, it’s a small village!

“I think he is a sucker underneath all that hard exterior. I think he quite likes love and seeing people in love. What he is like himself again remains to unfold but he likes to see good things because he’s seen a lot of bad things.

“He is a bit of a softy underneath!”