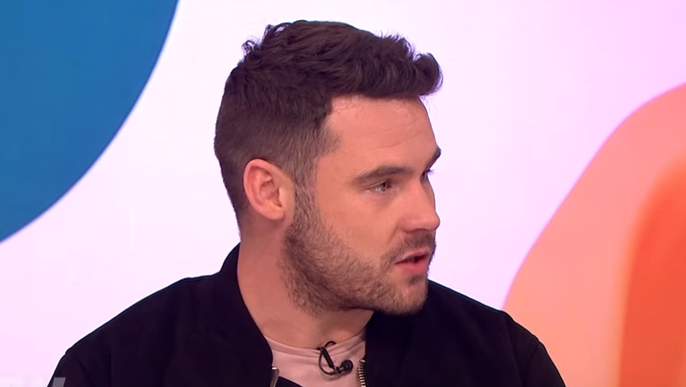 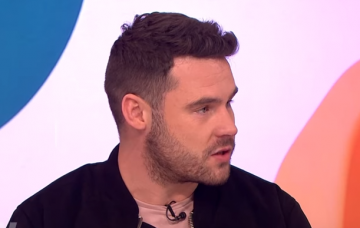 Ah, this all makes sense now!

Danny Miller has finally addressed all that furore over a hand gesture he made to Keith Lemon on This Morning.

The Emmerdale actor, who plays Aaron Dingle, raised eyebrows yesterday when he was seen making what appeared to be a rude gesture behind Keith’s back on live TV.

Aaron and Keith were both guests on Friday’s Loose Women.

The gesture was spied by eagle-eyed viewers when Loose Women was trailed on This Morning, and Keith jumped up to shove his face in the camera, while Danny remained at the table.

Viewers spied Danny reaching his hand up, clenching his fist, and appearing to make a rude gesture.

Fans took to Twitter to speculate on whether Danny had been making a really rude gesture behind Keith’s back.

Well, now Danny has FINALLY cleared everything up.

Taking to Twitter, the bemused soap star said the whole thing had been scripted and his hand gesture was a signal for Keith to get away from the cameras.

Danny tweeted: “Ha! FINALLY get why people think I was being rude this morning. THAT [gesture] was ‘get off the stage Keith’ & you’ll find THAT was part of the script & the show. THAT was the idea of Keith being on the show. Popping up everywhere? Wow people! I love [Keith Lemon] so chill.”

And not finished there, he went on to reply to some tweets sent his way.

He told one fellow Twitter user: “I wouldn’t do that on daytime television? Celeb juice yeah. But I was told to joke around and clear him off the stage. If the shot was tight enough you’d see my thumb pointing him to the stage exit to my right.”

Danny then added: “Watched it back and I got the mix up but I wouldn’t do that, mate. Ha! My Mum watches that show. I just wouldn’t. But I can understand the confusion.”

Glad that’s all been cleared up!