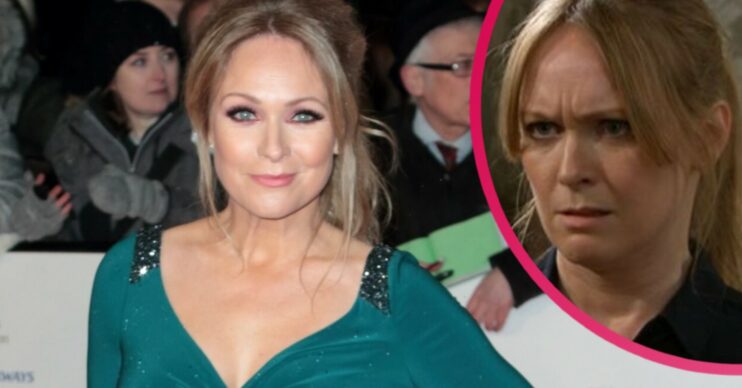 The Vanessa Woodfield actress said she felt overwhelmed by the support

Emmerdale star Michelle Hardwick has thanked fans who spoke out in support after she was targeted by homophobic abuse.

The actress, who is gay in real life, plays the character Vanessa Woodfield, in the beloved ITV soap.

After seeing the abuse from a troll, Michelle shared the remarks that labelled her a “d*ke” and a “l*sbo” with fans.

She wrote alongside the comments: “Come on, show us who you really are… I dare you!”

Hours after sharing the abuse with her followers, Michelle returned to social media to confess she had been overwhelmed by the response.

“Overwhelmed by all your beautiful supportive messages,” she said.

“I honestly don’t take it to heart, I just like to highlight it every so often.

Come on, show us who you really are… I dare you! pic.twitter.com/0x1bsKyFZ1

“Thank you to every single person who took the time to message me whether I know you personally or not. I promise I’ll read them all.”

Fans rushed to respond, with one saying: “Glad you don’t take it to heart. There’s way more love out there for you than hate also really can’t wait to see you back in Emmerdale again!”

“Life is all about the love,” said another. “You are an inspiration and a wonderful role model.”

A third added: “Be proud of who you are which is an amazing actress loved by many people!”

What did Michelle’s wife say?

Kate also shared her opinion on the troll in a response to Michelle’s tweet.

She wrote: “Hi ‘Michael’, the original Prisoner Cell Block H called from 1985 – they’d really like their insults back. Thanks a mill.”

She told her followers: “On Friday, 9th October, this handsome little chap entered the world. Edward ‘Teddy’ Peter Brooks we are so in love with you #ourlittleTeddyboy.”

Michelle is currently taking time off from Emmerdale for maternity leave – and we really, really really want her to come back now. Please.