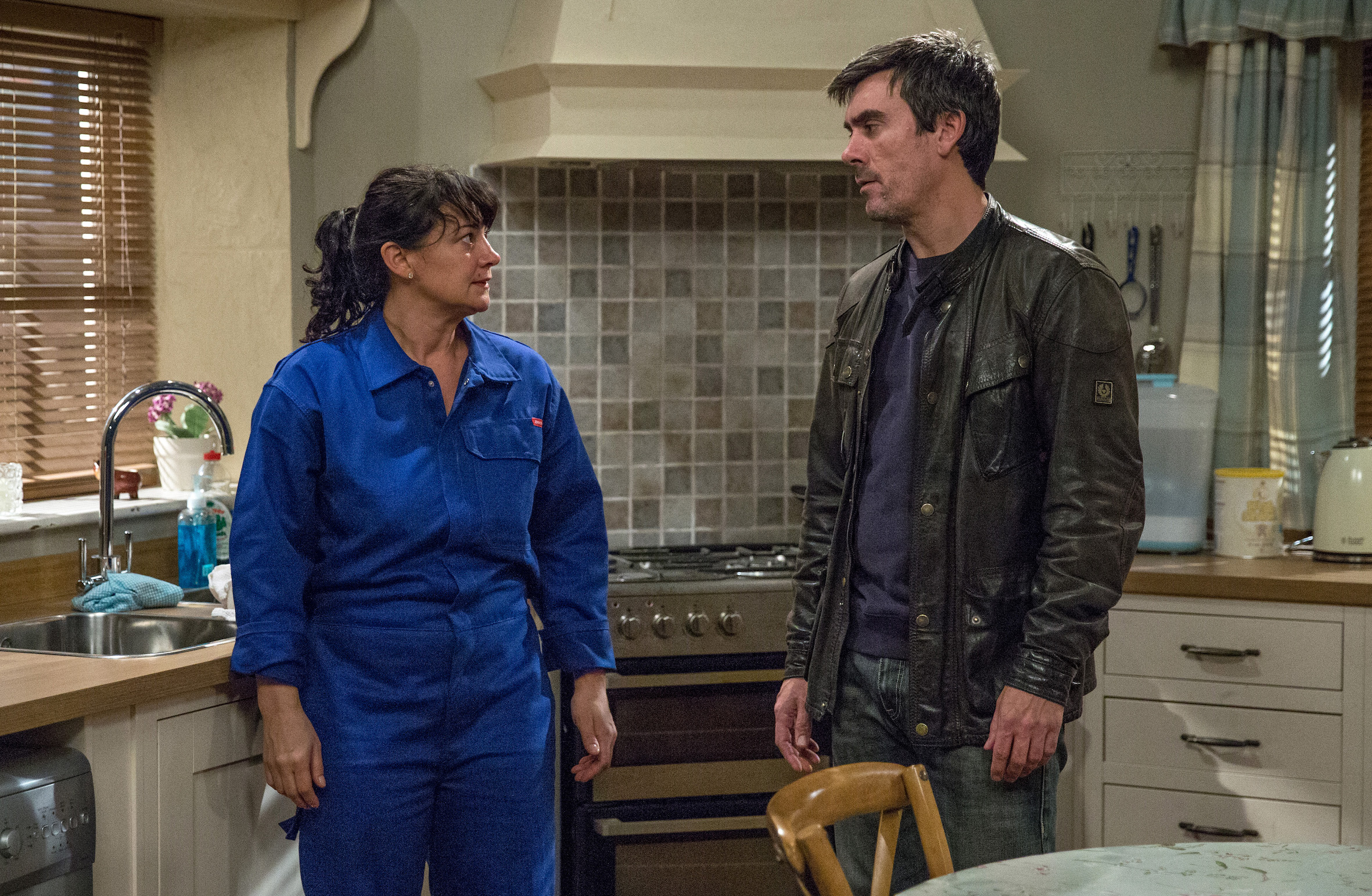 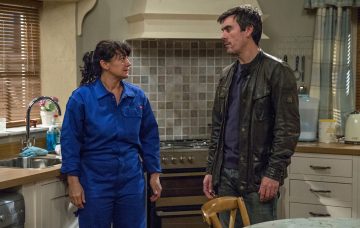 We're all desperate for Coira to get back together!

We’ve all been desperate for Cain Dingle to see the error of his ways, and for ex-wife Moira to get over herself, and for them to get back together already.

So we are very excited that Cain will finally get things together and tell Moira he loves her, in Emmerdale this week.

But does Moira throw himself into his arms and tell her ex she loves him too?

No, she does not.

Instead, Moira’s furious and attacks her former husband!

And that is a shame, plus a surprise! Coira have been getting on much better recently. Cain’s being the perfect dad and helping with little Isaac as much as he can.

And he hatched the plan that got innocent Adam out of the country and far away from being locked up for Moira’s crime.

He even called Adam “son” and gave him a hug as he left – seems he’s getting soft in his old age.

Meanwhile, Moira’s denied having feelings for her ex so many times, we’re bored of hearing it. But we all know she’s protesting a bit too much!

Even Harriet, Cain’s long-suffering girlfriend is convinced Coira belong together – and she’s a vicar so we can’t argue with her!

But right now, it looks like there’s no hope for Coira – judging by Moira’s angry reaction to Cain’s declaration (and we’re thinking Harriet’s not going to be happy about this either!).

Will Cain give up, or will he keeping trying to win his ex-wife’s heart? And most importantly, will Moira realise they’re meant for each other?