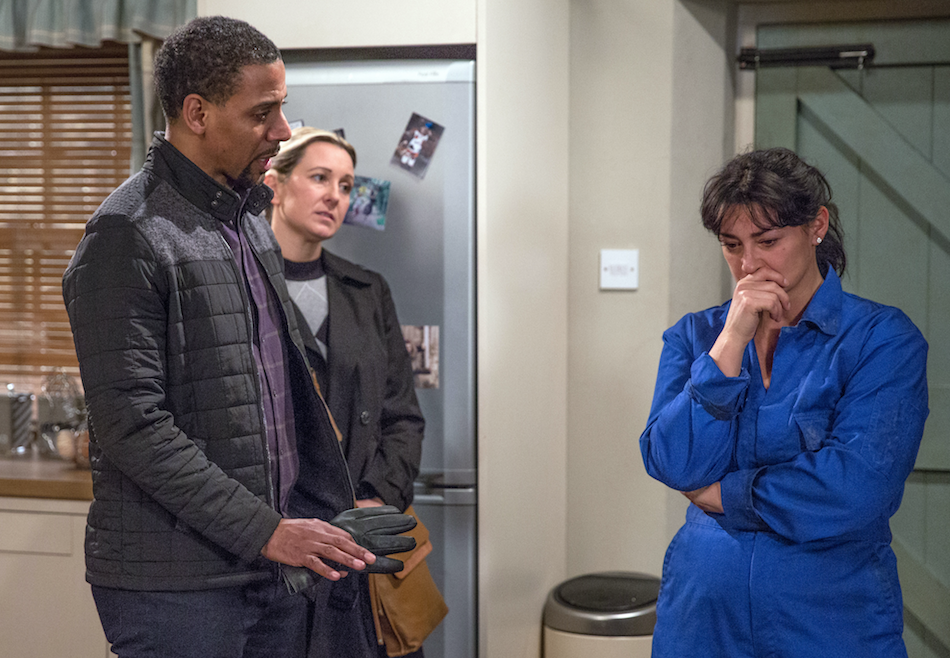 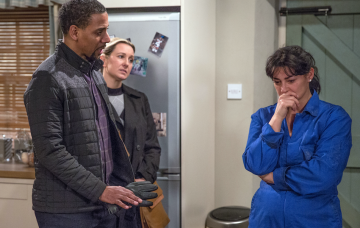 Moira’s left devastated when the police turn up on her doorstep with news that a body has been found – but is it Adam?

Ever since he escaped prison after being jailed for a crime he didn’t commit, Adam has been on the run from the police.

But with no one having heard anything from him since, Moira’s world is turned upside down when the police reveal in Friday’s episode that a body has been found at a harbour in Prague.

Knowing that Adam was fleeing the police by boat after the voicemail he left her just after escaping prison, Moira is left heartbroken that her son could be dead – and it’s all because of her.

As the DS Benton and DC Wilson arrive at the farm to talk to Moira, she gets frustrated as they ask her the same questions that they’ve already been over.

It’s only when she presses them to reveal the real reason for their visit that the pair admit that Interpol have been on the phone with news of a dead body being found.

As the news that Adam could have died sinks in for the terrified mum, she’s further shocked when they hint that she might have to come to the station and identify the body.

In a bizarre twist of fate, it’s Ross who arrives just after the police have left and is the one to support Moira in her moment of need.

But with the pressure of Adam’s potential demise on her mind, Moira needs to get something off her chest and she suddenly reveals to Ross that she is Emma’s killer!

Obviously Ross reacts to the news the only way he knows how – by pinning her helplessly to the wall and demanding answers.

It’s only when Pete arrives and pulls his brother away that Moira is saved.

But how will Pete react when he finds out the reason for his brothers violent outburst? Surely he’s going to struggle with the news Moira is his mum’s killer?

With the confession that Moira took Emma’s life now out in the open, what will the boys do with the news? Moira’s fate lies in their hands – but will they go to the police?

It’s a busy old week for Moira – as she also ends up sharing a passionate kiss with ex Cain Dingle!

But with it looking more and more likely that ‘Coira’ could be back on, where does this leave Harriet?

Can Cain and Moira really make a go of things in the wake of such a huge few months for the confused new mum?