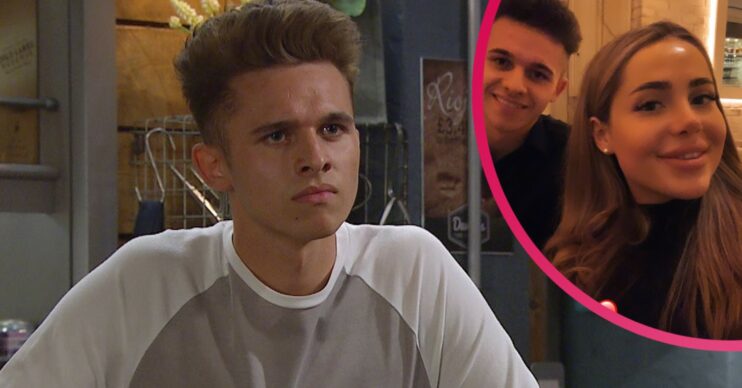 The ITV star shared heartwarming snap on his social media

Emmerdale star Joe-Warren Plant has bagged himself a new girlfriend.

The actor, 19, is best known for playing Jacob Gallagher actor on the long-running ITV soap.

His new romance comes a year after he broke up with his girlfriend of four years, Nicole Hadlow.

Joe-Warren Plant has a new girlfriend

A source told The Sun that Joe and Anna are “smitten” with each other.

“Joe and Anna are totally smitten with one another and feel now is a good time to let the world know they’re an item,” said the insider.

“They’ve been spending a lot of time together recently at charity football events and make each other really happy.”

Read more: Who is Jacob Gallagher in Emmerdale and who is his dad?

Joe was in the middle of practising for Dancing On Ice 2021 when he split with his ex.

At the time, he confessed that his training was a good distraction from his heartbreak.

He told The Sun last year: “Relationships are hard to kind of deal with. It has helped to take my mind off of it slightly, having to focus and train all day every day.

Joe felt devastated last year when he had to quit Dancing On Ice after contracting Covid-19.

He took the hit so personally that he decided to take a few weeks out of the limelight.

Read more: Emmerdale spoilers: Chas to be killed off in 50th anniversary episodes?

A source told The Mirror at the time: “He was bitterly disappointed with the way his time on Dancing On Ice ended so he decided to take a break from social media to clear his head.

“Joe has taken nearly a month off being online and has just really concentrated on himself.”