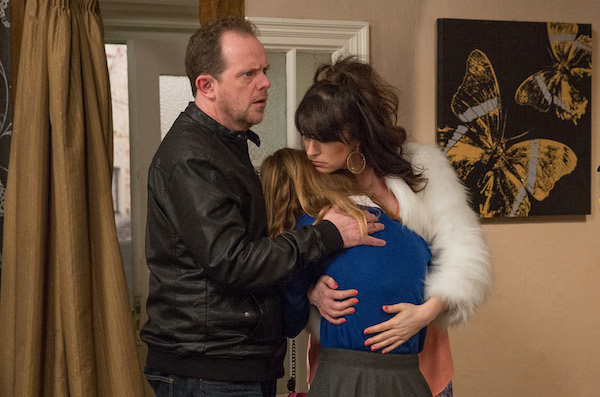 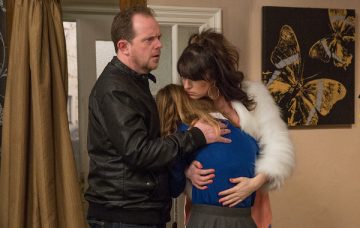 Ali's death led to a surprising past being revealed

Daz delivered the news to young niece Amelia that her mum Ali had been killed in a car accident.

And if that trauma wasn’t enough, there was further tension within the family.

On discovering that his ex-wife was dead, Dan was furious that his brother had chosen to break the news to Amelia, and not wait for him to tell her.

In last night’s episode, Daz headed to The Woolpack as soon as it was open, and hit the spirits.

By the time Dan and Kerry arrived for a quiet drink, Daz was already wasted and the brothers ended up in a fight.

Daz left in a state and Kerry went after him in an attempt to diffuse the growing feud.

Drunken Daz was mumbling drunkenly, when he dropped an almighty bombshell… 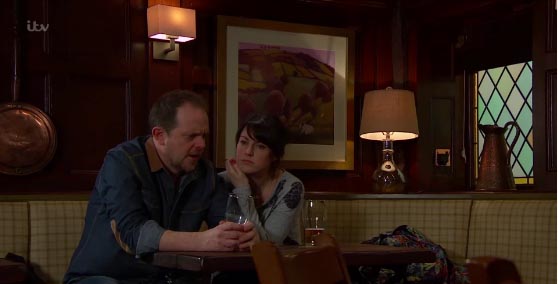 He revealed that Ali and he had enjoyed a thing behind his brother’s back; Kerry warned it would be best to keep this a secret forever.

But Daz wasn’t finished there either, and he went on to tell Kerry that, while everyone has always thought Dan is Amelia’s dad, that might not be the case.

Unsurprisingly, Emmerdale fans were quick to voice their amazement on Twitter.

Plenty of fans registered their shock online, and one of them even received a reply from Mark Jordon, who plays Daz, that seemed to confirm Amelia’s parentage.

When a fan tweeted “I want everyone to chant 10 times ‘Daz is Amelia’s father'” Mark replied saying simply, “I’ll start”.

So it sounds like there’s some truth in Daz’s suspicion that he’s Amelia’s dad. How is that going to go down with his brother, Dan?