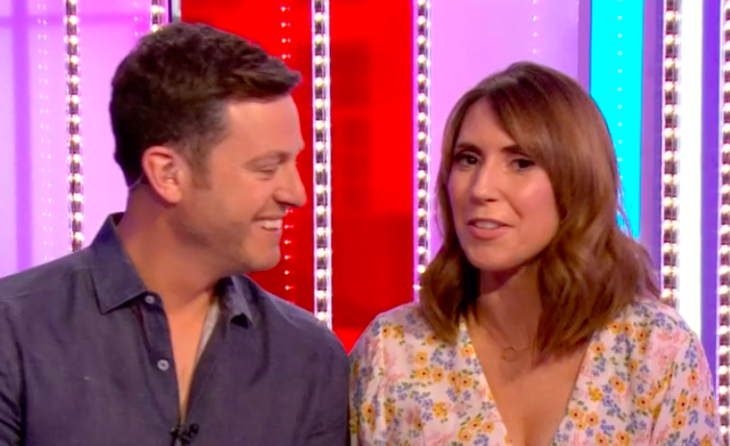 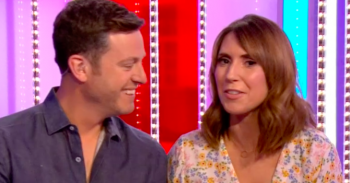 Female stars are lined up for the sofa

As Alex Jones heads off on maternity leave in preparation for the both of her second child, The One Show have revealed the famous female faces who will be replacing her.

The BBC have confirmed that Emma Willis, Stacey Dooley and Mel Giedroyc will be standing in for the Welsh presenter as well as regular guest hosts Angellica Bell, Angela Scanlon, and Michelle Acklerey. More famous names are expected to be announced soon.

Angelica will be the first to cosy up on the sofa with fellow presenter Matt Baker, after Alex said a tearful farewell to her co-host.

“I’ll be back in the autumn. Keep the seat warm!”

She also took to social media to confess how much she would miss the show. She wrote: “It feels so weird to be saying goodbye, but it’s only temporary, the Autumn will come round soon enough. I’ll miss the team and lovely viewers but I’m looking forward to being just mama for a little while.”

Alex has previously admitted that she felt she returned to work to quickly after giving birth to her son Teddy in 2017. The Welsh presenter says her insecurities led her to return to screens too quickly.

“To be fair, the BBC were really supportive, they were amazing. They said, ‘You have as much time off, and when you’re happy to come back then we’ll be glad to have you’,” Alex said.

“But, you see, I’m just – because I respect and love the job, I worried, if truth be told. I worried that somebody would come in and be better, and to be fair the girls that did it were amazing.”

She added: “I was just insecure, and thought, ‘I need to get back as soon as I can’.”

Who do you think will make the best replacement for Alex? Leave us a comment on our Facebook page @EntertainmentDailyFix and let us know!