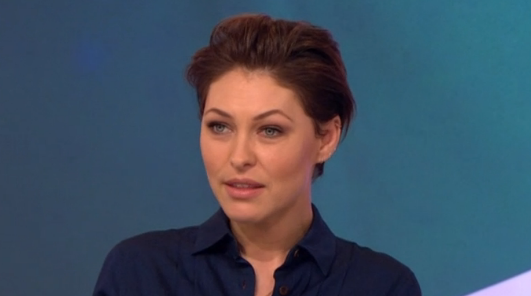 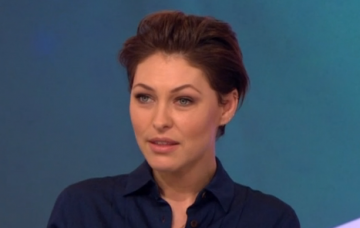 Celebrity Big Brother’s current series has been described as The Year Of The Woman, kicking off with an all-female launch night.

The twist was to mark 100 years since women got the vote.

However, many fans were subsequently surprised to find out the women will only be alone in the house until Friday, when male housemates will start to arrive.

Loose Women’s Nadia Sawalha was among those viewers who thought it would be female-only the whole way through, and the men would only be popping in for a brief visit.

So when CBB host Emma Willis appeared on today’s Loose Women, the panel grilled her on why bosses hadn’t kept the show just women if it was to celebrate female empowerment.

Emma answered: “As much as it would be fantastic to just do all women, we live in a world of men and women and we have to have men’s opinions.

“If we want equality in all areas, we have to get that by getting men on our side.

“Let’s raise our sons to respect women and treat them equally.

“That’s why we have to get their ideas in as well.

“We have to be equal and have them in the house as well so they can put their thoughts and opinions across.”

Completing the lineup are newsreader India Willoughby, journalist Rachel Johnson, Keeping Up With The Kardashians star Malika Haqq and former detective Maggie Oliver, who was instrumental in cracking the Rochdale sex grooming gang.

“I feel like they’ve cast it fantastically,” said Emma.

“It’s a brilliantly broad spectrum of views and opinions.

“It’s great if we can start that conversation and reach out to a bunch of women and girls who have never really thought about it and get everyone talking and thinking.

“There will also be a broad spectrum of men. The men and women have to reflect each other so the men have to have a range of ages and opinions and different ideas as well.”

Former Liverpool footballer John Barnes is the only male celebrity confirmed so far.

Other men rumoured to be entering the house include Boyzone’s Shane Lynch, Love Island star Jonny Mitchell, and musician Ginuwine.