But we're not entirely convinced by her protestations...

The speculation and build up as to who will – and won’t – be going in to the Celebrity Big Brother house is always as exciting as any action that subsequently takes place within its four walls.

And given there are ALWAYS surprises – even when there have been vehement denials of a celeb’s participation – most of us take a ‘believe it (or not) when we see it’ approach to who will eventually appear.

Speaking on the Breakfast Show on BBC Radio 1 this morning, Emma very firmly put to bed any notion that Katie Price would be making an appearance in the house.

Katie is of course no stranger to the show, having won series 15 in 2015, pipping controversial columnist and runner up Katie Hopkins in the final.

“We are not having anyone we’ve had before,” Emma insisted.

We do know, though, that this year’s series is to open with an all-female house, in celebration of the 100th anniversary of women over 30 getting the right to vote.

Emma also gave a bit of behind the scenes info on her role on the show – and revealed that although she has no sway when it comes down to who takes part, she is allowed to suggest potential participants.

Read more: So who IS going in the CBB house? Full line up reportedly revealed

She explained: “I never get a say. I kind of run the show for the 90 minutes we’re on air and then the person in my ear is running the show really.”

“I have zero say – but I can suggest because they say if you can think of anyone, just send us a text and let us know.”

Emma also let it slip that the show’s bosses took their time over picking this year’s celebs because they wanted to get the perfect mix.

“They were working on housemates up until quite late because they wanted to get it 100 per cent perfect,” she said, adding that she found out who would be entering the house ‘just before Christmas’.

The show’s offical Twitter feed has done little to quash the rumours of a Pricey return though, posting a video of her just two days ago with the accompanying words:

“Fool her once, shame on you. Fool her twice… Well, that would never happen. NEVER underestimate @katieprice!” 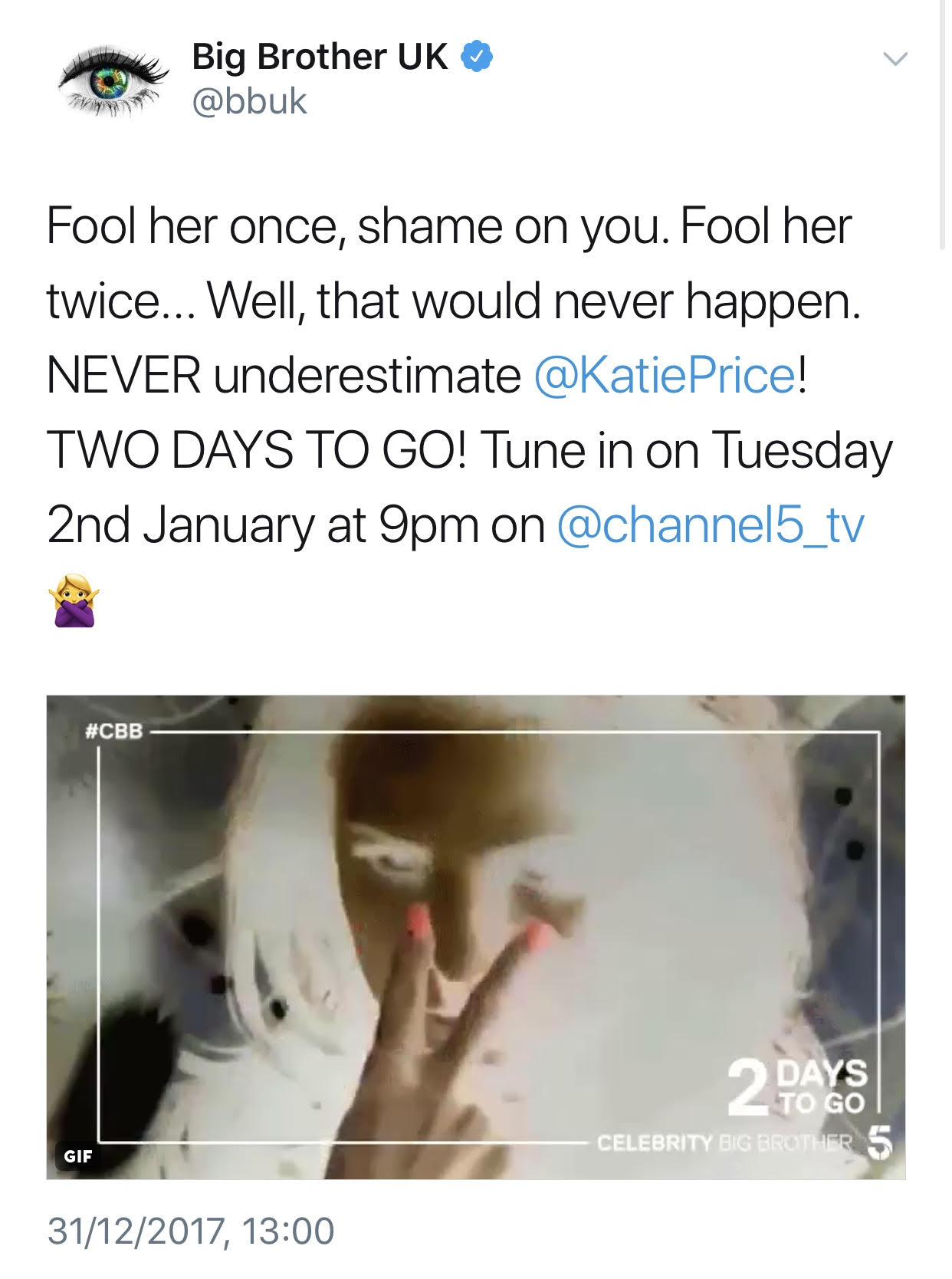 And Katie meanwhile has made no secret of the fact she would love to go back in the house.

“People asking if I’m going into big brother I’m not but I would do it again now I’m fighting fit.”

So who knows… as much as we want to believe Emma Willis would never lie to us, as they say, NEVER underestimate Pricey…