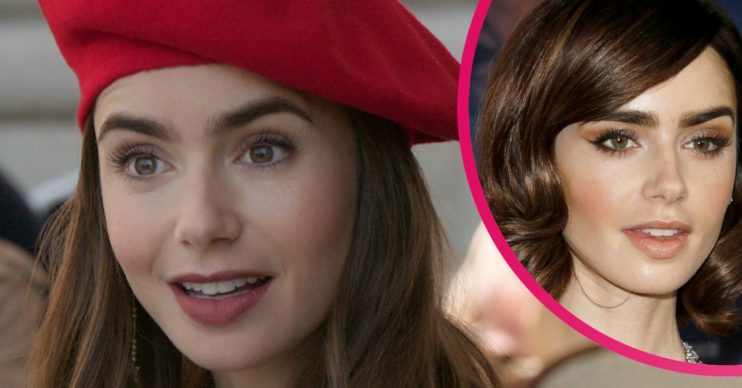 Excited for this one!

Emily in Paris season two is already confirmed – but when is this new Netflix series coming out?

And what will the new season be about? Here’s all we know about the upcoming series of the Lily Collins led hit so far…

What is Emily in Paris about?

Emily in Paris is a light comedy on Netflix that proved to be the streaming giant’s most watched comedy series of 2020.

In fact, the series has been streamed a whopping 58 million times.

It stars Lily Collins as Emily Cooper, a marketing executive who relocates from Chicago to Paris.

As she grapples her new job and lifestyle in Paris, viewers are reminded of just beautiful the City of Lights truly is.

Read more: What’s new to Netflix and Amazon Prime this May

Whimsical and fun, series one of Emily in Paris served as the ultimate in lockdown escapism.

When is series two of Emily in Paris on Netflix?

Series two of Emily in Paris is currently in production.

Netflix announced the series with a letter written by Sylvie to Emily’s boss back in the US.

It included: “We are writing to regrettably inform you that Emily Cooper will need to remain in Paris for an extended period of time.”

However, an official launch date for the second series has yet to be confirmed.

What will happen in the new season?

While the official synopsis remains under wraps, the show’s creator Darren Day has dropped some hints.

When speaking to Oprah Mag, he teased: “In season 2, she’s going to be more of a part of the fabric of the world she’s living in. She’ll be more of a resident of the city.

“She’ll have her feet on the ground a little more. She’s making a life there.”

In addition, he elaborated to Collider: “[Emily is going] to have a lot of complicated choices with a lot of the men in her life. Certainly with Gabriel, who’s been the primary relationship.

“But also her primary relationship is also with Camille, who she really became very good friends with…

“And I think Emily’s the kind of girl that would never want to betray a friend – so I think it’s given Emily a real moral dilemma.”

What has Lily Collins said about the new series?

Lily said she can’t wait to get stuck into series two and that she’s delighted over how well the series has been received.

She said: “As an actor, an artist, and a creative, the most meaningful gift is to connect with people through your art in some way.

“It’s an honour to be associated with a project that provided people with some much-needed relief during a trying time.

“When everyone was looking for a reason to smile and laugh. Not only did playing Emily teach me more about myself, but also about the world around me.

“I couldn’t be happier to be back in Paris for Season 2 to expand upon those lessons, to continue to grow, and learn even more about this beautiful city and all of its character with Emily.”