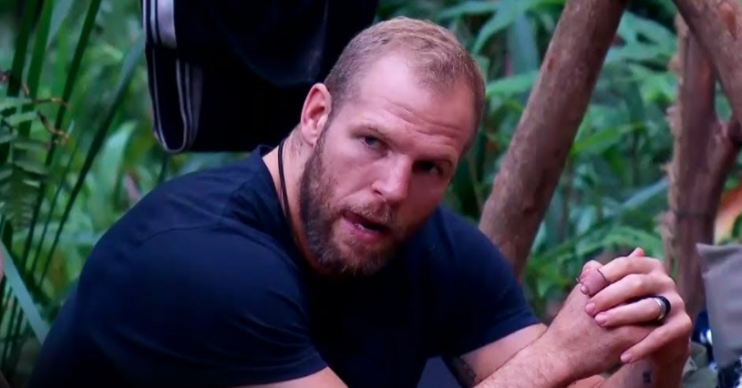 He caused a stir in the jungle last night

Extra Camp presenter Emily Atack has hit out at I’m A Celebrity star James Haskell for lashing out at his campmates during last night’s show.

Rugby star James sparked fury when he snapped at Kate Garraway over the Dingo Dollar challenge question after she wanted to change her answer.

He asked her: “Which one are you going for?” to which Kate replied: “James we’ve got nothing else to do, it’s okay.”

After their clash, Kate apologised to James.

He’s one of those people that thinks, ‘If you don’t think the same way as me, it’s incorrect.’

She said: “He’s one of those people that thinks, ‘If you don’t think the same way as me, it’s incorrect.’ And that’s not fair.

“He puts words in people’s mouths, like the fact that people want to showcase their talent – some people aren’t in there to do that.”

Emily, who appeared in the jungle last year, added that she was “cross” with James because she thinks he’s a “good guy”.

Her co-star Adam Thomas added: “There are only two voices in camp at the moment – James and Ian [Wright]’s – and that needs to change.”

Last night, viewers were outraged over the way James spoke to Kate with many of them calling for him to leave the jungle.

After the show, James’ wife Chloe Madeley defended her husband and suggested that he was acting a little off because he’s hungry.

She said on Instagram: “The poor guy is in a right old grump.

“His BMR(basic metabolic rate) is around 2500 cals his TDEE (Total daily energy expenditure) is around 4000 cals so to go down to 800 maybe 1200 with stars, is clearly taking its toll on him.

“I think people should remember this is a TV show orchestrated to get big reactions out of big characters, and maybe take it a tad less seriously.”