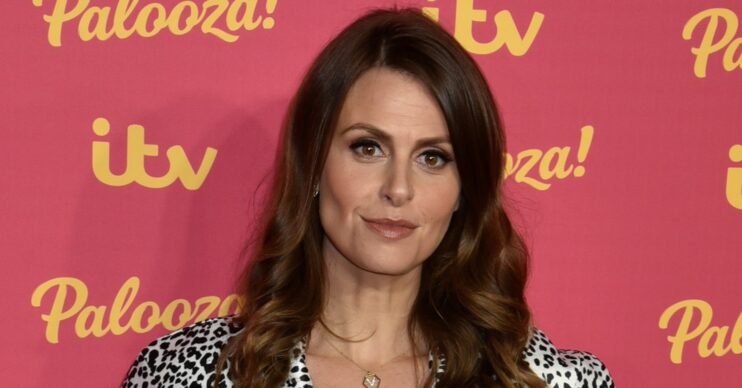 Who is Ellie Taylor and does the Let’s Make A Love Scene host have a husband?

The exciting new series sees singletons perform steamy sex scenes inspired by the movies in a bid to find love.

But before we witness the show’s contestants get down to The Notebook, here’s everything you need to know about actress and comedian Ellie.

Who is Ellie Taylor?

The star studied English literature at the University of York, before interning at FHM magazine.

During her internship, Ellie was spotted by a top modelling agency and later signed with ISIS Models.

When did Ellie become a comedian?

Ellie decided to take up stand-up in 2011 after seeing a friend perform a five-minute set.

Speaking about her early career, she told Stylist: “I was working in a day job in marketing but I had my sights on doing an open-mic night.

“So yeah, I did a gig and then it led to my whole career.”

What is the Let’s Make A Love Scene host known for?

Ellie soon began to make a name for herself in the comedy world.

The actress was discovered on ITV series Show Me the Funny, an X Factor-inspired contest for stand-up comedians.

Read More: Helen Skelton: How is she famous and what happened with husband Richie Myler?

Ellie has also been a regular on Live At The Apollo.

Who does Ellie Taylor play in Ted Lasso?

The star, who plays Flo ‘Sassy’ Collins, went along to the audition expecting not to get the role.

Speaking to Kate Thornton on her White Wine Question Time podcast, Ellie shared: “It’s a lovely show. And I’m delighted to be a little tiny part of it. It’s a real treat.

“It was just one of those millions of auditions that I end up going for. And I can actually remember it because I was a bit [bleeped] off. It’s a very long way across London. I was like, ‘Well, here we go. I’m gonna waste half a day, traipse into the arse end of nowhere to do something and then not get the job. Like always.

I’m delighted to be a little tiny part of it.

“Because obviously with acting, you just get a million ‘nos’. And I went along and did it and then got a ‘yes!’, so that was lovely.”

She added: “I’m really chuffed with it. It’s such a fun character to get to play. And it’s such a lovely cast. And Hannah [Waddingham] is one of the best people I’ve ever met in my life.

“That sounds like I’m exaggerating and being like a media lovey, but I think I’m in love with her. I honestly think she’s one of the best people in the world, she’s amazing. I love her!”

Ellie also appears in the series alongside Jason Sudeikis.

Read More: Inside Davina McCall’s love life: Who are her two ex-husbands and who is she dating now?

Does Ellie Taylor have a husband?

Phil is an Australian CNN International freelance reporter, who previously appeared on Seven News in Sydney.

Does she have children?

Ellie and Phil welcomed a baby daughter in November 2018.

However, Ellie’s labour experience wasn’t easy after having an elective caesarean.

She told the MailOnline: “When my daughter was born it was like a grenade was lifted out of my body and my optimism was turned upside down and inside out.

“You’re dealing with this physical trauma and a newborn and my mind sort of collapsed. It was just the most intense experience I’ve ever been through.”

The actress also believes that she suffered from postnatal depression after giving birth.

Thankfully, Ellie managed to get through the trauma of those early years.

Speaking about her daughter, she told the Express and Star: “I adore her ridiculously. I tell her I love her 3,000 times a day. I probably suffocate her with love and she’ll end up in therapy because Mummy’s so clingy.”

When does the host appear on Let’s Make A Love Scene?

The Ted Lasso star makes her debut on the Channel 4 show tonight (May 13).

Ahead of the first episode, Ellie revealed: “I jumped at the chance of getting involved in both these shows and I’m super excited to be working with C4 and Talkback to bring them to life – what better way to put my match making and my detective skills to the test!

“Here’s hoping to some winning amateur detectives as well as red-hot chemistry between our singletons.”

Watch the show on Channel 4 at 10pm tonight!